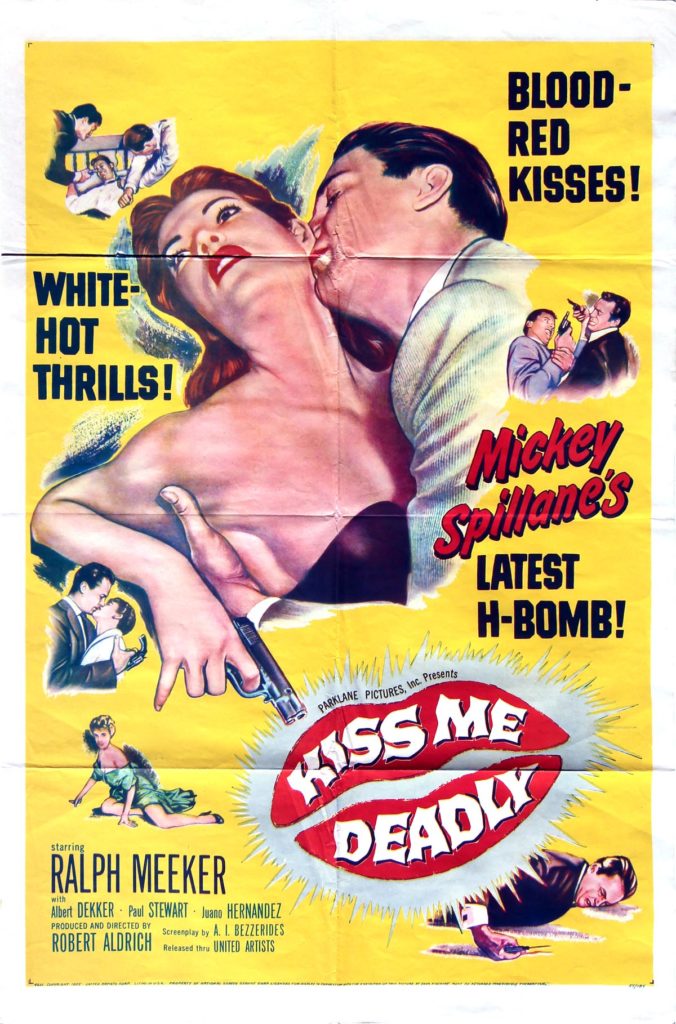 Vintage original 41 x 27″ (103 x 68 cm.) one sheet poster, USA. Ralph Meeker, Albert Dekker, Paul Stewart, Juano Herandez, Wesley Addy, Marian Carr, Maxine Cooper, Cloris Leachman, Gaby Rogers, dir: Robert Aldrich; United Artists.
A Mike Hammer story in which Mike becomes involved with criminals after he picks up a young girl on the road, gives her a ride, is run off the road by thugs and ends up going over a cliff. The girl is killed and, once Hammer has recovered, despite the police telling him to stay out of it, sets out with his trusty secretary and his mechanic to find out why the FBI has such an interest in the case of the dead girl. Cloris Leachman, as the murdered girl, made her film debut.

The style of this later film noir is said to have influenced the work of those directors of the French New Wave. In the late-1990s, United Artists found what was the originally filmed ending, reviving interest in this movie.

Poster is folded and very clean and likely not used. Very minor corner creases, tiny tear at bottom center fold and one bit of paper missing just above the top horizontal fold to the left of the girls head. ABOUT FINE.