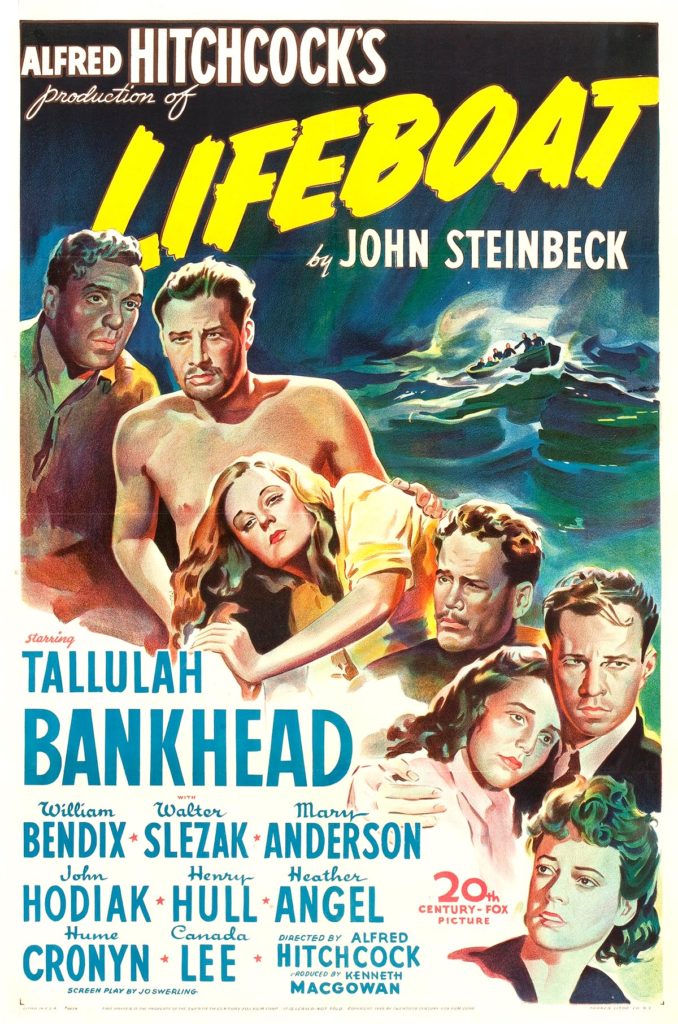 Astonishing tension is built and achieved throughout within the confines of a lifeboat carrying eight survivors from a passenger ship which had battled with a German U-boat in the middle of the Atlantic during World War II. The inhabitants are from a variety of backgrounds, and include an international journalist, a nurse, a pregnant mother, a steward, a radio operator, a sailor and an engineer with communist ideas. Relationships and psychologies are played out as they struggle for survival, — and then another survivor comes board, one from the German U-boat.

From a John Steinbeck story, Jo Swerling wrote the bulk of the screenplay, but with additions from Hitchcock and Ben Hecht. Plagued with actors being hurt and sick during production, Alfred Hitchcock considered Tallulah Bankhead a good sport throughout production. He cast her as he wanted the most incongruous person he could think of for this situation, and she fit the bill. Screenwriter John Steinbeck, the director and the film were nominated for Academy Awards.

Poster is linen backed. Folds have been lightly touched up as have creases in the letters of the director’s name and the title treatment, ABOUT FINE.