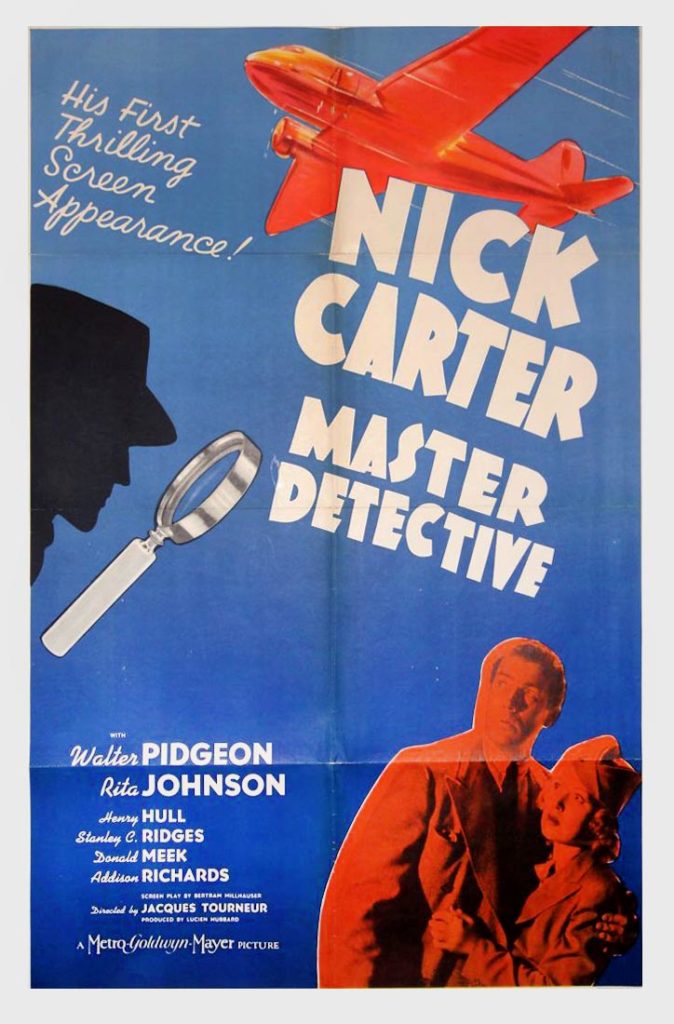 Vintage original 27 x 41″ (68 x 102 cm.) one sheet poster, USA. Walter Pidgeon, Rita Johnson, Henry Hull, Stanley Ridges, Donald meek, Addison Richards, dir: Jacques Tourneur; MGM. This “B” programmer was given “A” class treatment by the brilliant Jacques Tourneur and the artists of the MGM dream factory. This was the first of three films in the series with Pidgeon playing the detective in each. The films pushed him to star status and because he was so good (and was also cast in better roles in better films), the studio discontinued the series, not wanting to replace him. MGM bought the rights to all 1100 Nick Carter stories, but each of the three films featured original screenplays. This story concerned a new fighter plane being manufactured and Nick’s work to foil spies who want to infiltrate and learn its secrets. Tourneur’s second feature film, and the first in this series. Folded, small marginal chip on right top side, there is some brown paper on back, NEAR FINE.