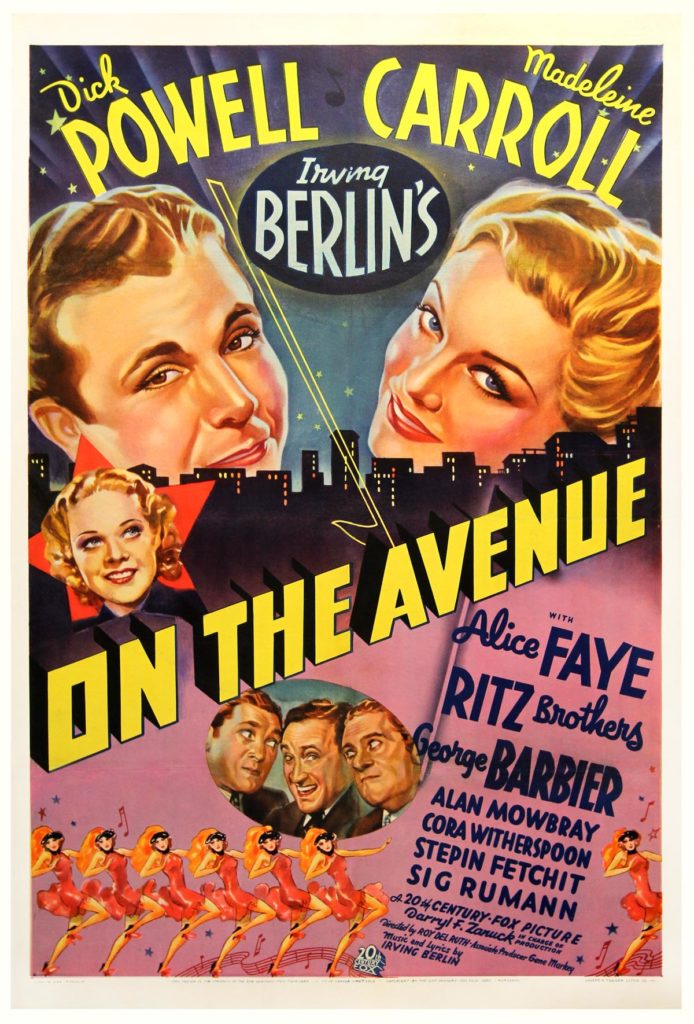 Vintage original 41 x 27″ (103 x 68 cm.) one sheet poster, USA. Dick Powell, Madeleine Carroll, Alice Faye, The Ritz Brothers, George Barbier, Alan Mowbray, Cora Witherspoon, dir: Roy Del Ruth; Twentieth Century Fox. Fox made the most wonderful and colorful musical posters during the 1930s and early 1940s. The movies may not have had as much substance as those musicals at MGM, Warner Brothers or RKO, but it mattered not, they were full of fun. Irving Berlin tended to favor Fox during these years and his over abundant song book was used in several of their films over the years.

This time a Broadway producers satirizes an important New York family and they sue. But, of course, he and the daughter fall in love. Fox reused the plot years later with Marilyn Monroe for LET’S MAKE LOVE. Berlin wrote some new songs for this film, though several were cut. Powell, took a break away from Warner Brothers. The film was peppered with the studios great character actors including Stepin Fetchit, Sig Rumann and the Ritz Brothers.

An iconic 1930s musicals poster. Poster is on linen. Touch ups at folds and a bit of paint at fold junctures, corner holes addressed. NEAR FINE.