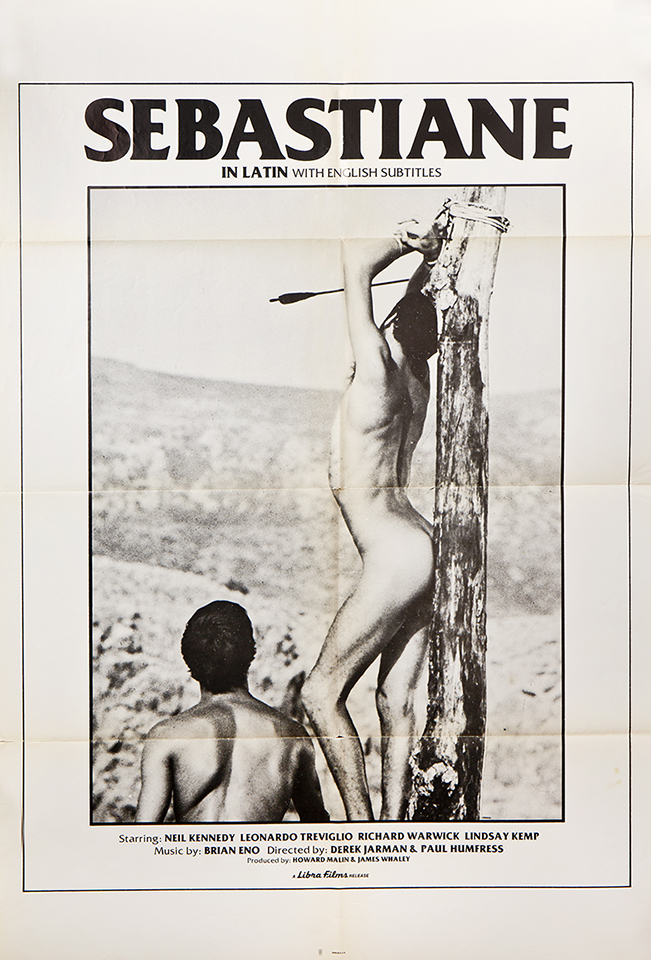 Derek Jarman’s debut as a feature film director, and a landmark in LGBTQ film history — a film entirely in classical Latin, about homoerotic desires in a lonely outpost of the Roman army, and their tragic ultimate consequences as desire clashes with the fervent religiosity of the main character.

This film had a very minute theatrical release in the U.S., and this poster is hence very scarce. There are some tears along fold lines, VERY GOOD.