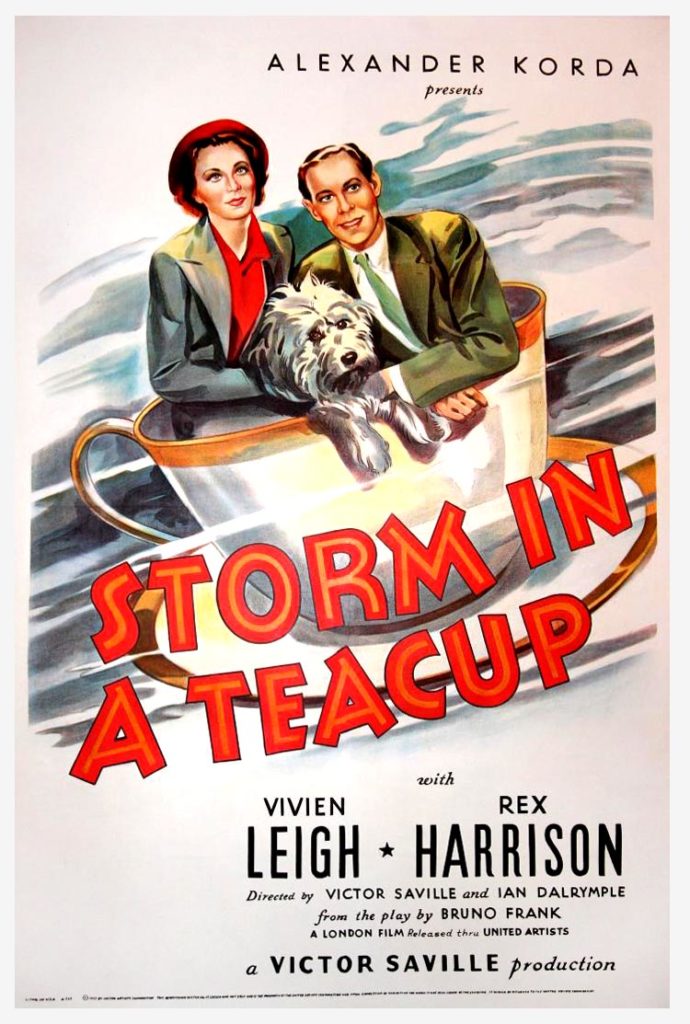 STORM IN A TEACUP (1937) Stone litho one sheet poster

Vintage original 27 x 41″ (68 x 102 cm.) one sheet poster, USA. Vivien Leigh, Rex Harrison, Cecil Parker, Sara Allgood, Ursula Jeans, dir: Ian Dalrymple, Victor Saville: United Artists Corporation. United Kingdom-produced film which told the story of a reporter who gets in trouble when he writes about how a politician in a small Scottish town mistreats a woman. This comedy was in the style of Frank Capra and was one of the most significant pre-GONE WITH THE WIND roles for Vivien Leigh who had been introduced to American audiences in several films prior, she prominent on this poster with Rex Harrison. This is a really rare poster. On linen, there has been some restoration to chips at blank top and to writing in bottom margin, VERY GOOD.