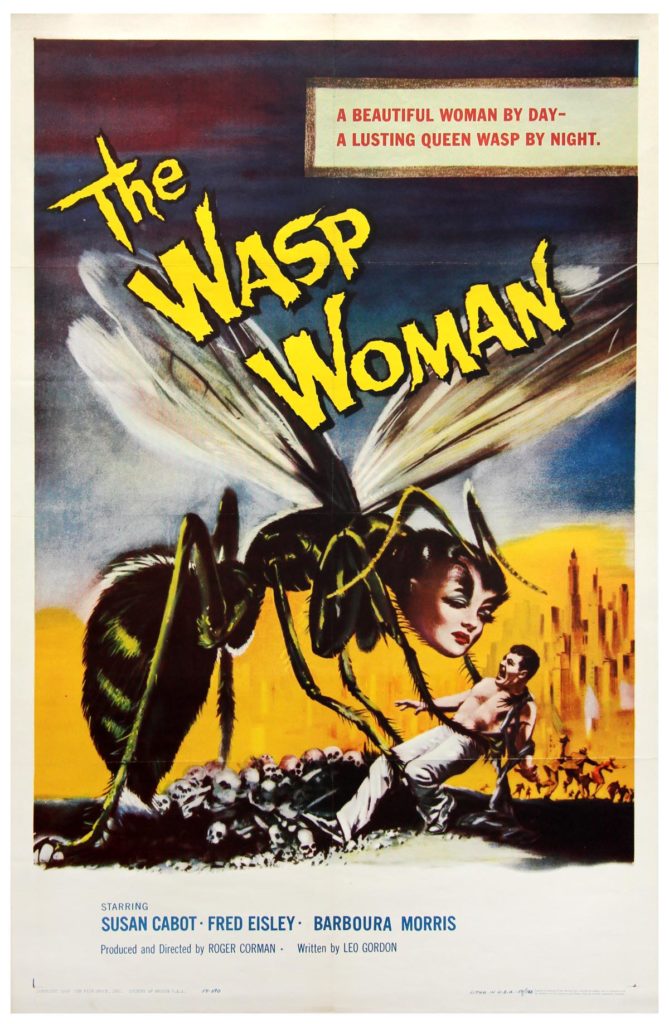 One of the best remembered of the early Roger Corman horror/sci-fi thrillers. Story of a woman cosmetic tycoon who cannot accept her natural process of getting older and develops from wasp enzymes her own formula to keep from aging. Of course her formula, when over-used, turns her into a murderous wasp.

The low budget special effects may now look tacky, but the film retains a vintage charm and certain horror. The poster art does this in abundance. The graphics and tag lines are classic. This would be the last feature film for star Susan Cabot. Roger Corman would soon turn his attention to Edgar Allan Poe, and begin filming in color, on larger budgets — but this is one of various of his early movies, all shot in a few days on minute budgets, and comprising a variety of genres (science-fiction, horror, rock and roll, juvenile delinquents, you name it, pretty much anything that could play in a drive-in cinema back in the 50s). These early Corman films all have a zest for movie making which, more than half a century later, is still palpable.

Poster is on linen, but had the slightest bit of wear at fold lines which have imperceptibly been touched up and the poster displays magnificently. FINE.