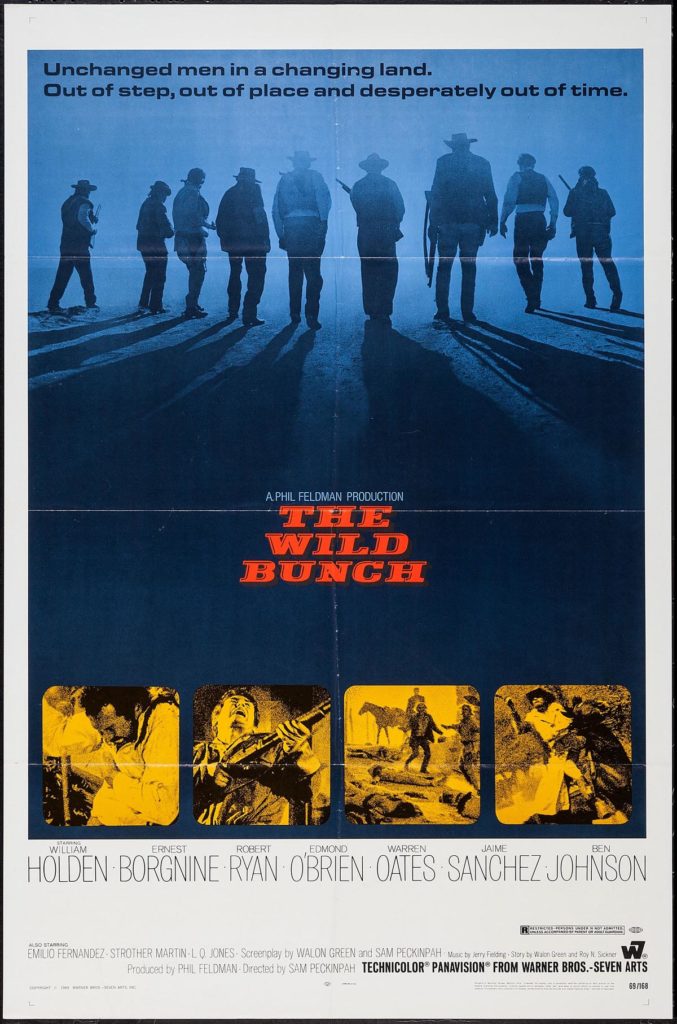 Vintage original 27 x 41″ (68 x 102 cm.) one sheet poster, USA. William Holden, Ernest Borgnine, Robert Ryan, Edmond O’Brien, Warren Oates, Ben Johnson, dir: Sam Peckinpah; Warner Brothers. Peckinpah’s ode to the last days of the wild west. It is one of the most controversial films of all time. Set in 1913, this is the story of an aging group of outlaws performing one big last score because what has been known as the traditional American West is disappearing around them as the country becomes industrialized. A brilliantly crafted film in all areas of artistry, it was the imagery of violence which, to this day, makes viewers debate whether it is a masterpiece or a monstrosity. The Academy liked its now iconic music score and appreciated the screenplay, giving both nominations.

This folded domestic (as stamped on verso) one sheet has very minor wear at the folds, pinholes filled in at the top corners and a tiny edge tear at the top left side, otherwise immaculate. It is very crisp, and it would be extremely difficult to find an equally nice copy of this important poster. ABOUT FINE.