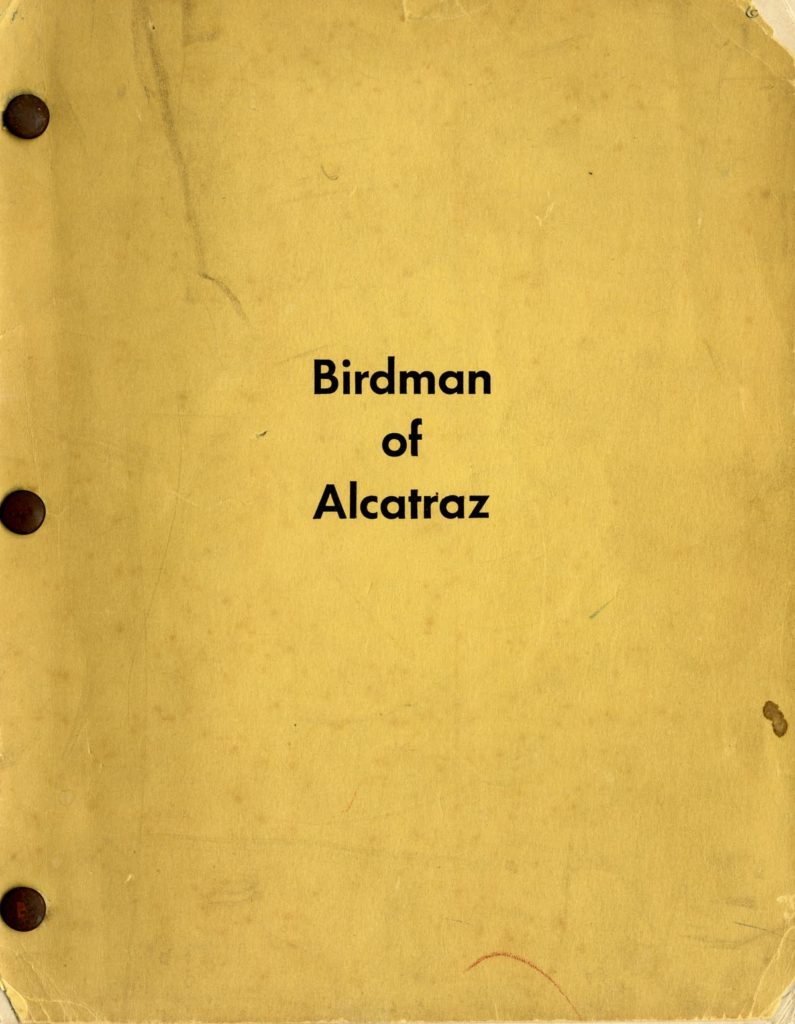 BIRDMAN OF ALCATRAZ (1962) Screenplay by Guy Trosper / From the biography by Thomas E. Gaddis

An unspecified — but certainly early — draft of this adaptation to the screen of Gaddis’ biography of Robert Stroud. The 3 July 1962 release, directed by John Frankenheimer, starred Burt Lancaster as Stroud, and with a release running time of 147 minutes suggests that extensive portions of this draft were cut in the revision process. An uncommon script for the multiple award-nominated film.

BIRDMAN OF ALCATRAZ was the first of a series of classic films directed by Frankenheimer, followed in short order by such masterpieces as THE MANCHURIAN CANDIDATE, SEVEN DAYS IN MAY and SECONDS. As the cinema of the 1960s evolved, American film created a number of classic antiheroes, and Robert Stroud as the Birdman was certainly one of the early prototypes.