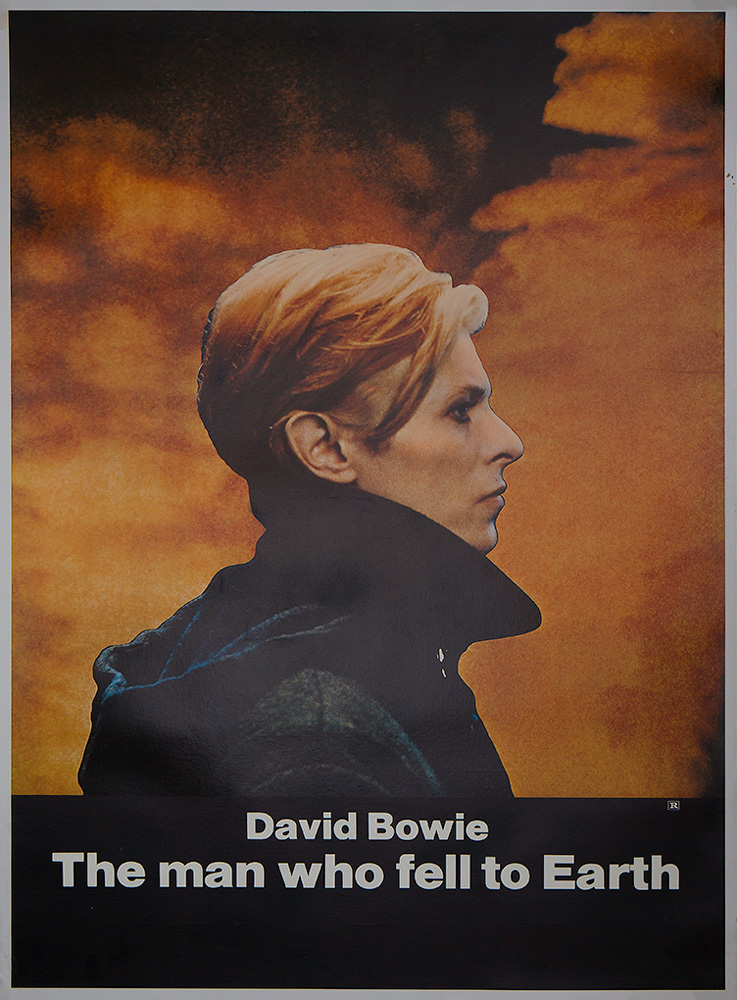 MAN WHO FELL TO EARTH, THE (1976) Half subway poster ft. David Bowie

Vintage original 29 ½ x 43” (74 x 1038 cm.) half subway poster, USA. David Bowie, Rip Torn, Candy Clark, Buck Henry, Bernie Casey, dir: Nicolas Roeg; British Lion Film Corporation. An Alien comes to earth to secure water for his dying planet and meets with the greed of humans while falling in love as well. A brilliant science fiction drama with script by Paul Mayersberg from Walter Tevis novel. American release poster features the large portrait of Bowie and just his name and the film title. Poster is mounted on heavy linen. This rare and special poster is for the American release through Paramount. While most half subway posters for this movie were printed with the names of two New York City theaters at bottom, this does not include that text and therefore is the pure poster art, which is quite rare. Poster appears to have been stored rolled and had only minor creases. ABOUT FINE.