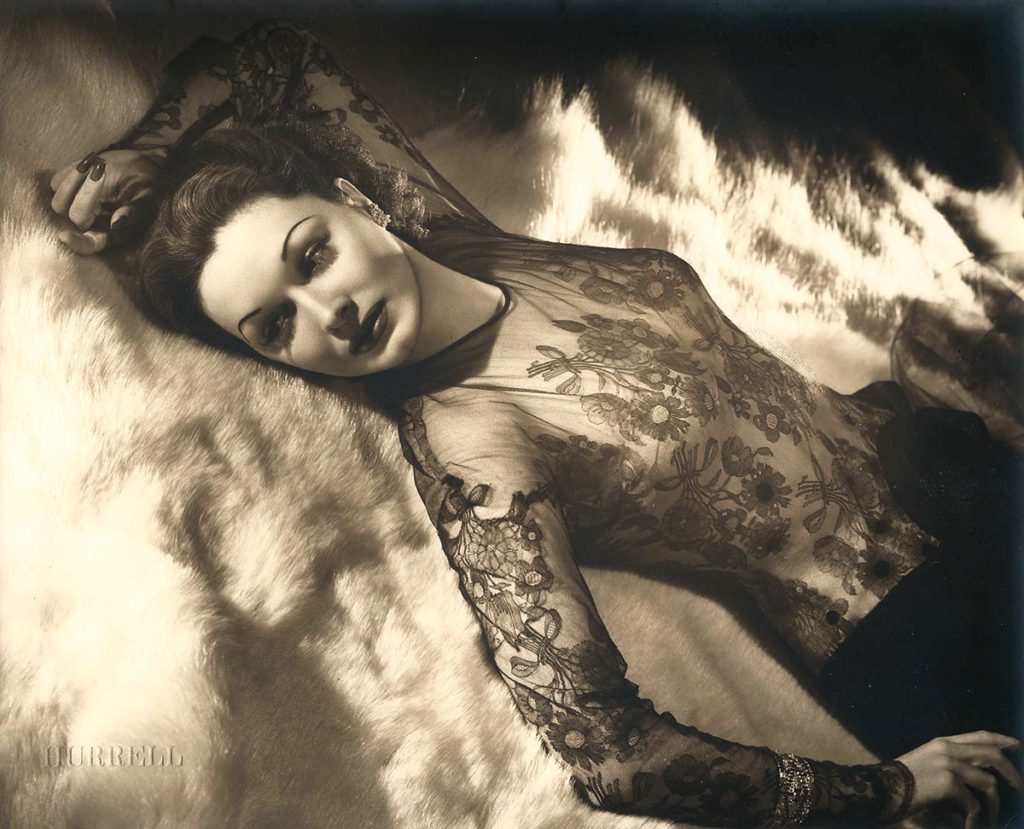 Vintage original 13 x 10″ (33 x 25 cm.) double weight, blind stamped photo, USA. Known for her cold, calculating supporting characters in a variety of 1930s and 1940s films, in real life she was nothing at all like her portrayals. Active in films between 1932 and 1948, she became a television producer in the 1950s. While studying pre-law she entered a beauty contest which resulted in her film career. After her movie years she also designed for and ran a children’s clothing store.

This exquisite portrait, which is uniquely blind stamped near the lower left corner by Hurrell, was done about the time she was appearing in the classic My Favorite Wife at RKO. Beautifully printed, it is borderless and there are no flaws to mention. This is a very early example of what was certainly a hand-printed, specially made portrait done by the legendary Hurrell, FINE.