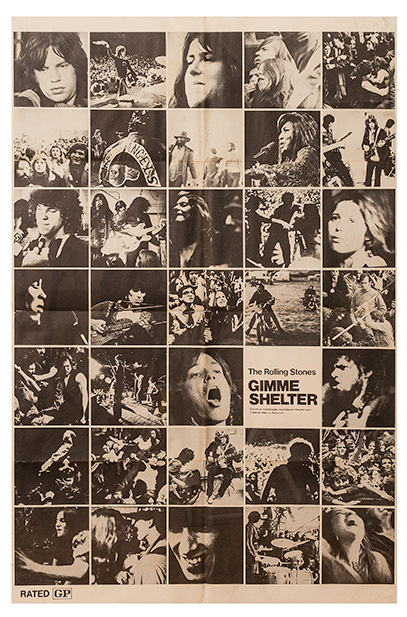 Vintage original 29.75 x 45” (75.5 x 114 cm.) half subway poster, USA. The Rolling Stones, dir: Albert and David Maysles, Charlotte Zwerin; Cinema V. A famous and rare poster, made for the American premiere in New York City, and posted outdoors on walls. An important documentary film about The Rolling Stones 1969 tour and the catastrophic Altamont concert, at which Hells Angels killed a bystander. Several of the concerts artists as well as audience members on featured on this montage poster. Poster is folded and has been re-enforced at the fold junctions with archival tape. Poster is a bit rough around the edges with a few edge tears and soil in the blank white margins. VERY GOOD. FINE.