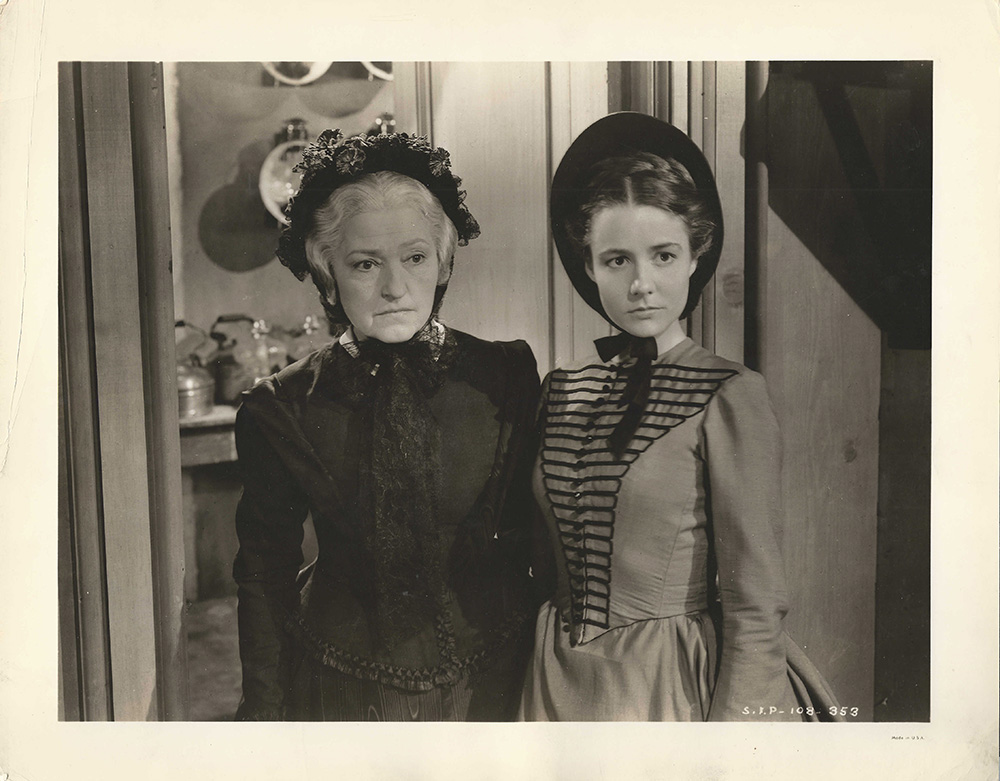 GONE WITH THE WIND -X33- LEONA ROBERTS AS MRS. MEADE AND ALICIA RHETT AS INDIA WILKES AT THE MILL

SIP 108-353- Depicts Mrs. Meade and India Wilkes reacting to seeing Ashley and Scarlett embrace while at the saw mill. Alicia Rhett, one of the only true Southerners’ to be cast in the film auditioned for the role of Melanie and won the role of India. It would be the only film she would ever make. Minor corner creases. Crease at the left side blank white margin. ABOUT FINE.