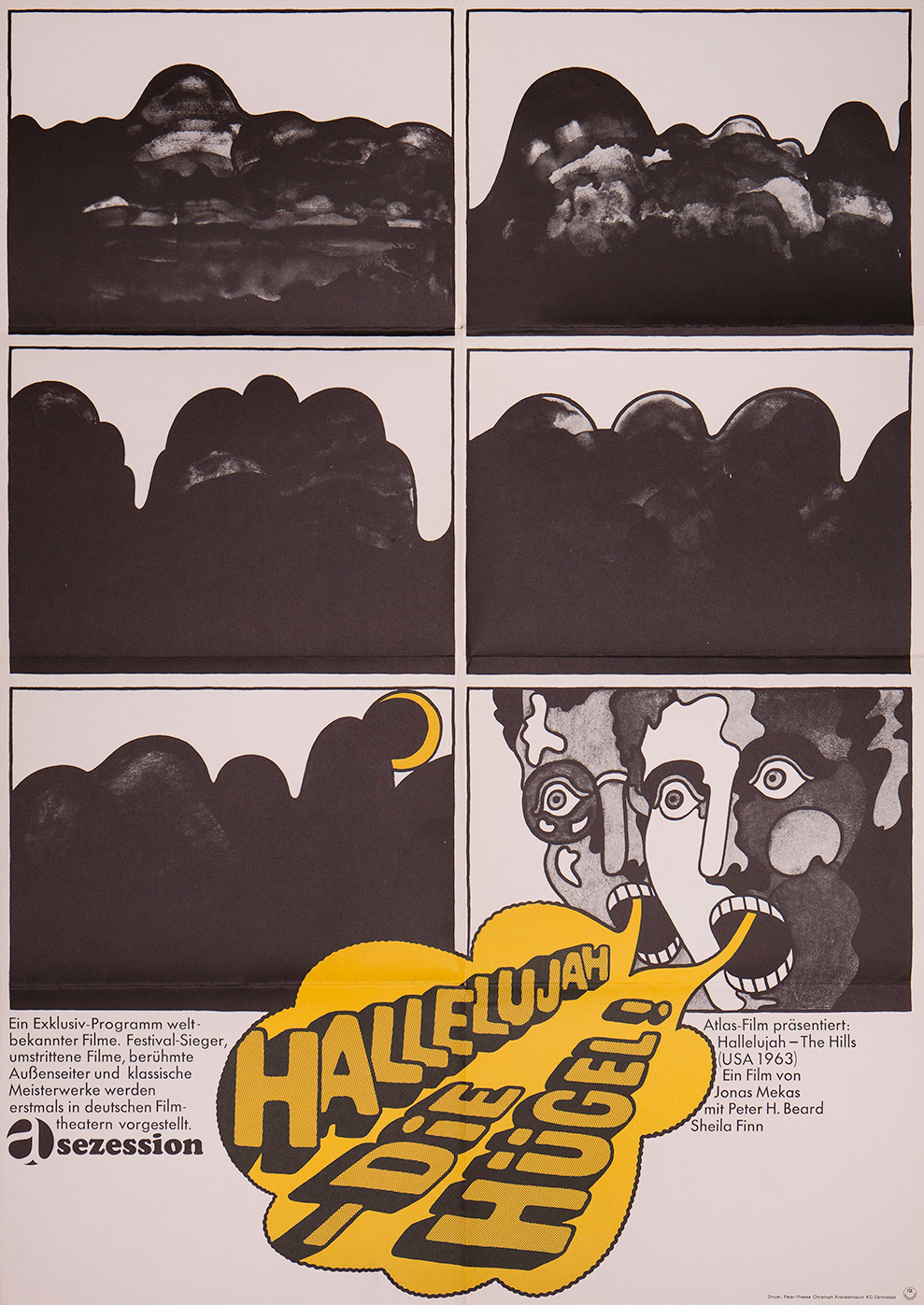 Mekas’ first film, a romantic comedy about a young woman who is being wooed by two young suitors. It was one of the earliest manifestations of the still very young movement of New American Cinema in the 1960’s, and serves now as a kind of time capsule of the beatnik counter culture of the time. Although the film won many critical plaudits at the time, it received little actual theatrical play, and posters from it are very scarce. NEAR FINE.