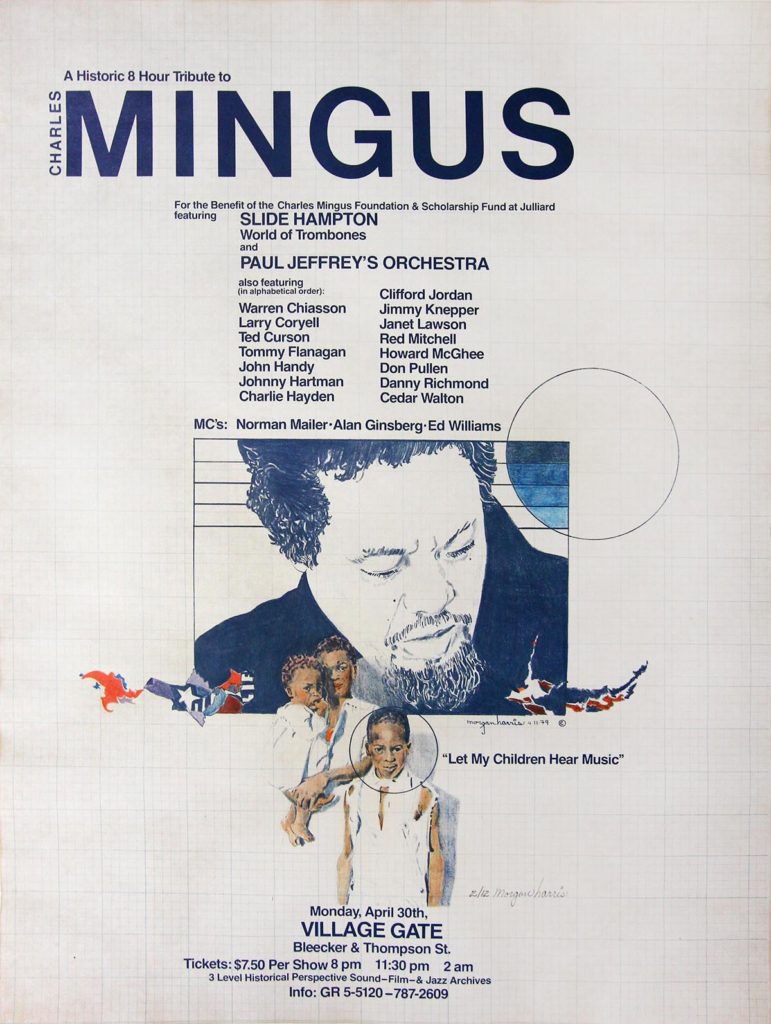 Vintage original 24 x 18″ (91 x 46 cm.) poster, USA. Charles Mingus (1922-1979) was one of the greatest of 20th century American composers and musicians — one of the masters of the double bass, one of the legendary greats in jazz history, and one of the most important American composers in any category of music. He died in early Jan. 1979 and soon after, this special eight-hour tribute was created in his honor, with such famous names as Charlie Hayden, Red Mitchell, Clifford Jordan, Alan Ginsberg, and Norman Mailer as part of the overall program at the Village Gate.

This is one of only twelve signed and numbered examples of this poster, hand-signed by illustrator Morgan Harris and designated as 2/12. Unfolded, with a tiny chip out of the edge at middle right, JUST ABOUT FINE.