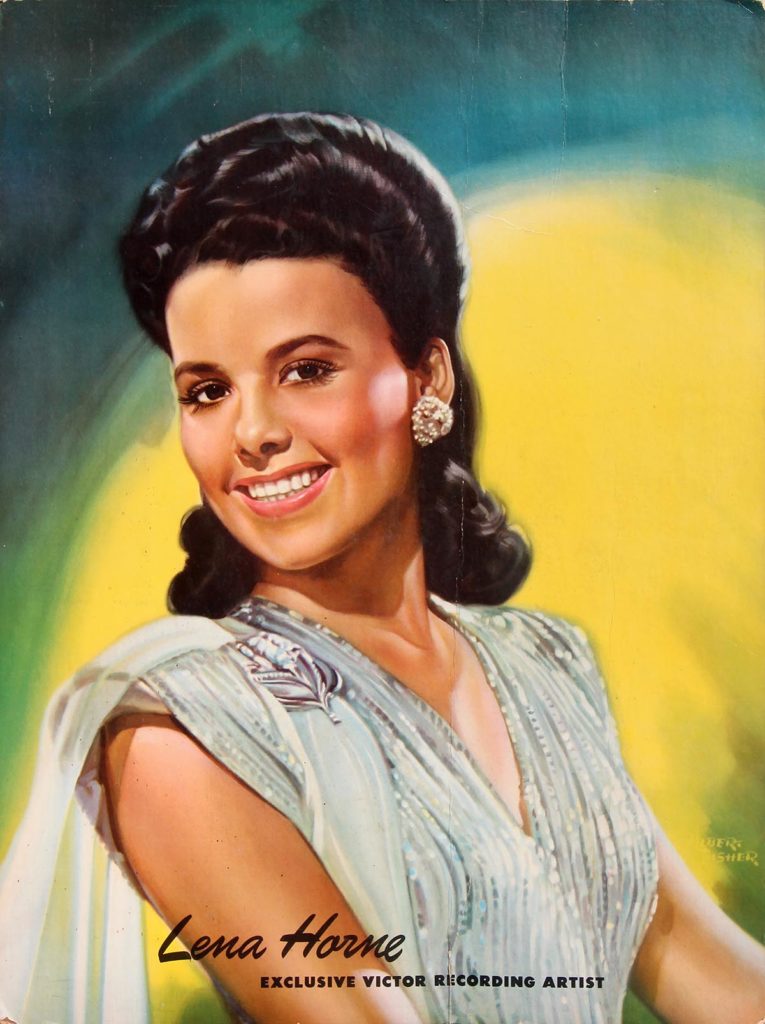 Vintage original 24 x 18″ (61 x 46 cm.) window card poster, printed on cardboard stock, intended to be displayed either on a wall, or as a free-standing standee. An extremely scarce poster which Victor Records Company sent to record stores.

Lena Horne had a film contract with MGM all through the 1940s and early 1950s. After making a huge impression in CABIN IN THE SKY and her one loan out to Twentieth Century Fox for their 1943 STORMY WEATHER, Horne languished at MGM. She was always hoping for meaty roles (her dream role was Julie in SHOW BOAT, which the studio eventually made, but with the white actress Ava Gardner in the role, which was written to be that of a person of color), and she was relegated to cameos, where she would sing one song and then disappear.

Nonetheless, her status at MGM made her famous, and this record poster is a piece of ephemera which reflects that fame. The artwork of her as a young and glamorous woman belies the indifference which her film studio gave to her career (apparently, various MGM producers really fought to get her starring roles, but the higher ups “didn’t want to offend the Southern theater owners.” Horne eventually left MGM and went on a long and distinguished career.

A few years ago, the Beinecke acquired from me an archive of film ephemera documenting Horne’s career, and this poster, which is the only one which I have ever seen, might be a nice addition to those holdings. This poster, made from the early days of her career, clearly capitalized on her growing fame on screen and as a recording artist, since her two careers were clearly very intertwined.