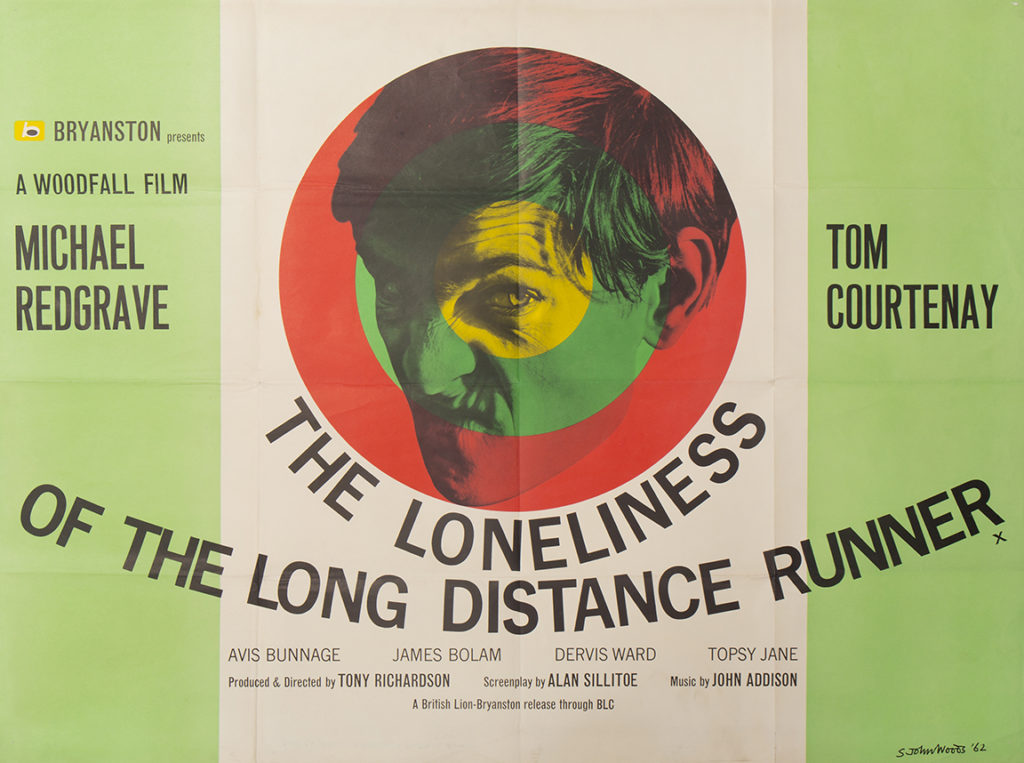 LONELINESS OF THE LONG DISTANCE RUNNER, THE (1962)

Vintage original 30 x 40” (76 x 102 cm.) quad poster, U.K. Tom Courtenay, Michael Redgrave, dir: Tony Richardson; British Lion-Columbia. Very scarce poster for one of the landmark films of the British Free Cinema movement of the early 1960’s, which echoed the Angry Young Man movement in British literature—a film about a disaffected and rebellious youth (Courtenay) sentenced to prison, where he gains privileges due to his prowess as a long-distance runner, but who ultimately commits an act of rebellion to reassert his personal autonomy, despite losing all his privileges as a result.

This is the first example of this poster which I have ever handled. Folded, with very minor handling wear, NEAR FINE.