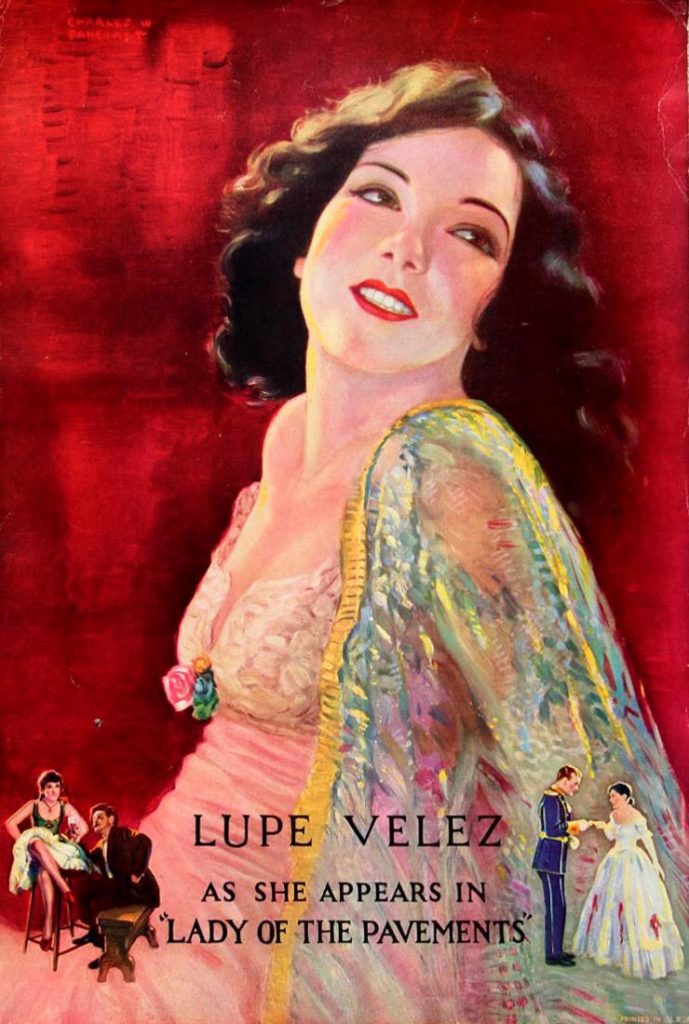 Vintage original 15 3/4 x 23 1/4″ (40 x 59 cm.) poster, USA. Lupe Velez, William Boyd, Jetta Goudal, dir: D. W. Griffith; United Artists. An early talkie and one of the first sound films D. W. Griffith directed. The film survives today, but there is sound only for reels 6 and 8 (the film was issued in a silent version as well). This is the story of a girl who is betrothed to a German diplomat in Paris. When he discovers that she has been unfaithful, he tells her he would rather marry a woman of the streets. She devises a plan to pose as such a girl.

Popular illustrator Charles W. Pancoast has captured her as the provocative character in the central image, and as both the proper Victorian-era lady and the “lady of the pavements” in the portrayals at bottom. Stunning colors and a beautiful likeness of the Mexican-born actress who was a great star of Hollywood’s golden age. Unfolded, there is a tiny bit of wear at top, NEAR FINE.