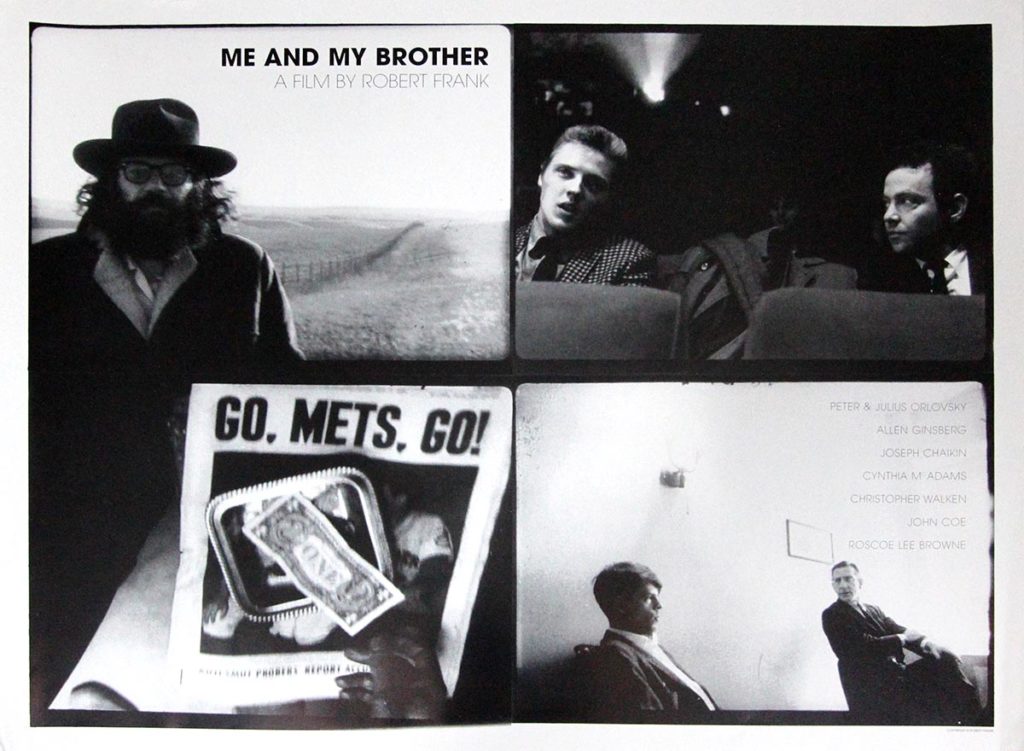 “The ‘Me’ and ‘My Brother’ of the title are interchangeably Peter Orlovsky (poet and protégé of Allen Ginsberg), and his schizophrenic brother Julius. Peter arranges for Julius’ release from Bellevue and proceeds to drag him all over the Beat landscape with a film crew in tow. Robert Frank does yeoman work following the manic Peter and catatonic Julius from one situation to another until Julius wanders off camera and out of the picture. At this point the actor Joseph Chaikin takes Julius’ place and fills in for a time. The overall effect is fascinating, and the film has a great deal to say about what we consider normal and acceptable behavior vs. what we consider ‘mad’ behavior.” -Wikipedia.org

This photographic poster was designed by Robert Frank himself and bears his copyright in the right lower margin. Unfolded, with just a little scattered slight creasing, JUST ABOUT FINE.