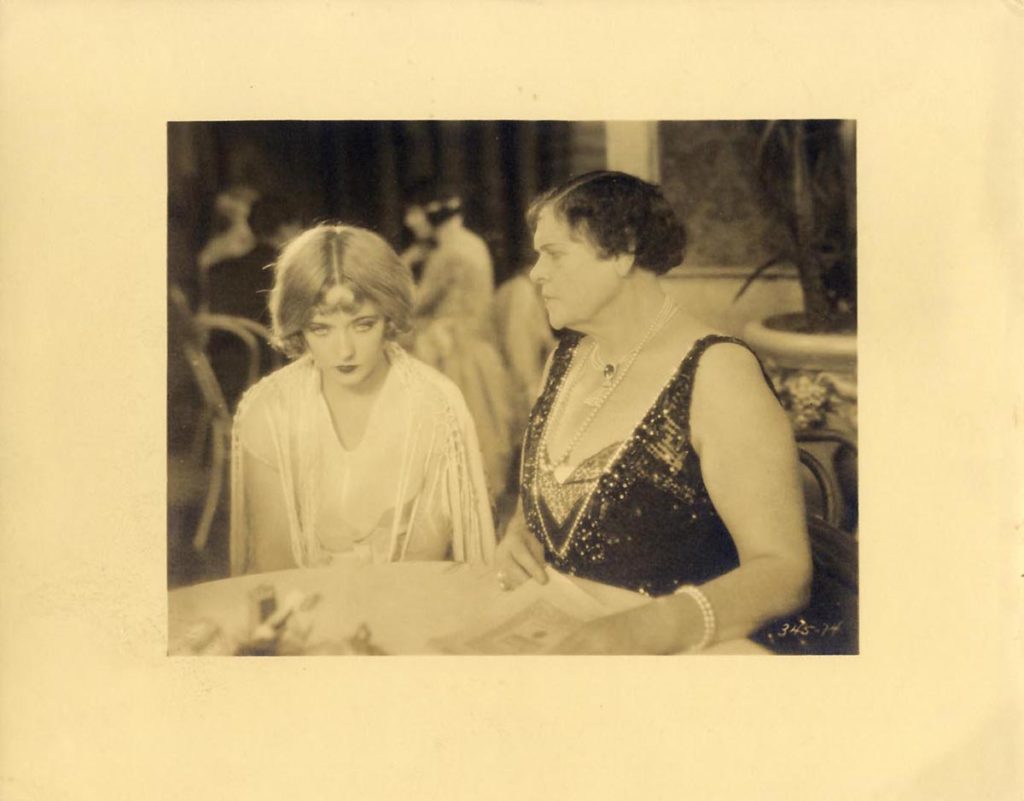 Vintage original 11 x 14″ (28 x 35 cm.) matte finish, sepia-tinted still photo, USA Marion Davies, Marie Dressler, Orville Caldwell, dir: King Vidor; MGM. This is the film which brought Marie Dressler back into films. Her career a failure, she was found eating what reportedly was her last meal before committing suicide when director Allan Dwan saw her and sent her to King Vidor and Irving Thalberg, who offered her this role that same night.

The story of a family, in which Pat (Davies) crushes on her sister’s boyfriend and is ignored by her mother (Dressler). She sets out to gain attention from both. Dressler and Davies are featured in this still. FINE.