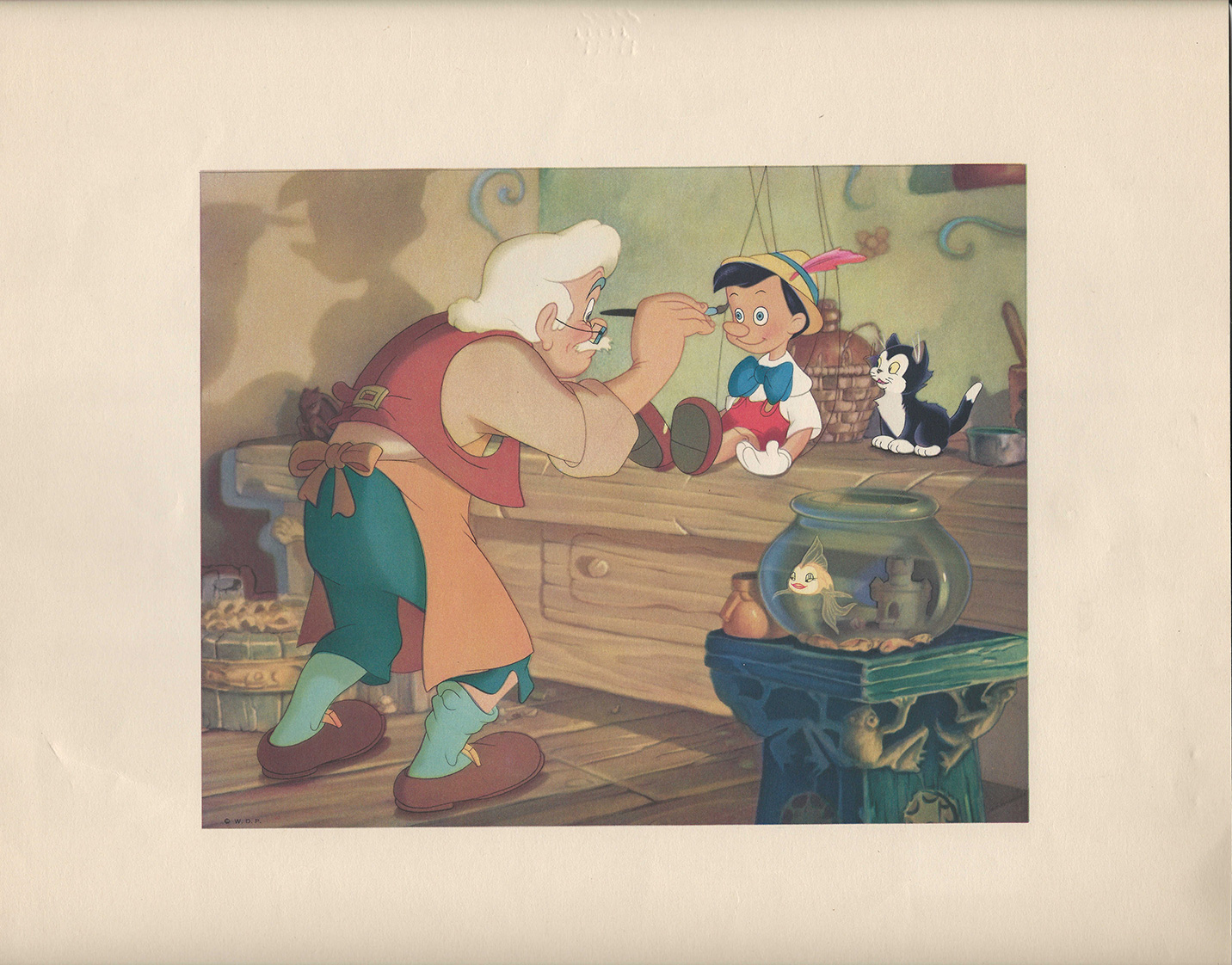 Vintage original 13 x 15” (33 x 38 cm.) deluxe lithograph card, USA. Mel Blanc, Cliff Edwards, Dickie Jones, Christian Rub, Evelyn Venable; dir: Hamilton Luske, Ben Sarpsteen; Walt Disney Productions/Distributed by RKO. The beautiful Walt Disney Academy Award winning classic. Story of a marionette, whose creator wishes that he were a real boy. Encountering many adventures and learning lessons of life, he eventually does, with the help of his friend Jiminy Cricket and the Blue Fairy, become a real boy. This card is part of an exquisite set which was made in very limited numbers for the films New York City premier on Feb. 7, 1940 at the Center Theatre. The theatre was located at 1230 Sixth Avenue, the southeast corner of West 49th Street in Rockefeller Center. Seating 3500, it was originally designed as a movie palace in 1932 and later achieved fame as a showcase for live musical ice-skating spectacles, premiering with Sonja Henie’s show later in 1940. It was demolished in 1954, the only building in the original Rockefeller Center complex to have been torn down. The theatre and outside marquee was decorated with enormous and spectacular items of promotional art that eve for Disney’s second animated feature. The set, with its presentation envelope is stunning, including a brochure about the film included four stunning lithographs, this one depicting the toy creator Gepetto painting the finishing touches on Pinocchio as fish Cleo and Cat Figaro observe. Minor crease near bottom left corner. Indented marking at top center blank white area. Wonderful color. ABOUT FINE.