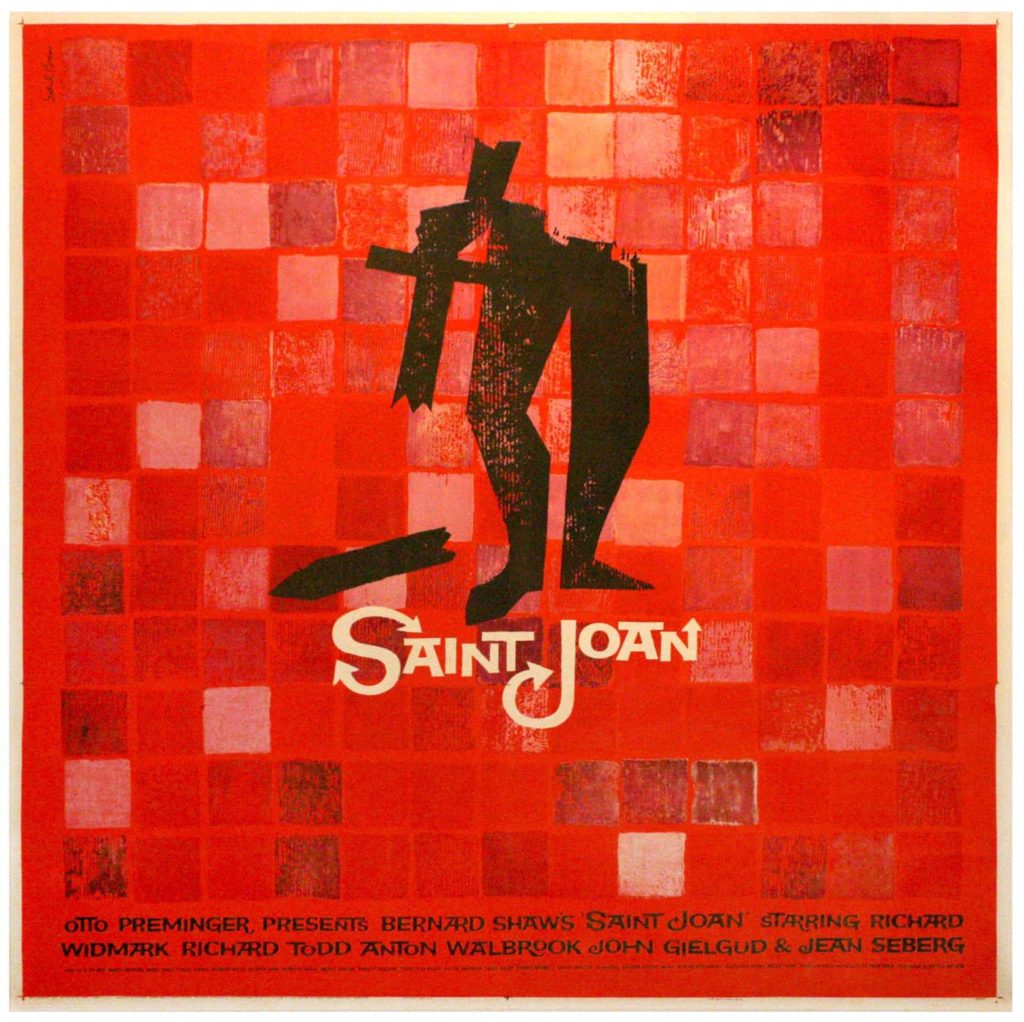 Vintage original 81 x 81″ (205 x 205 cm.) six sheet poster, USA, Jean Seberg, Richard Widmark, Richard Todd, John Gielgud, dir Otto Preminger; United Artists. A truly spectacular presentation of Saul Bass’ brilliant art. Preminger loved Bass’ artistic interpretations of the films he directed, and so Bass executed the campaign art for nearly all of the director’s films starting in the mid 1950s. This is the story of Joan of Arc, her leadership of the French Army against the British, the many battles she wins and then being branded a witch once she is no longer needed. Jean Seberg (at 18) was selected after a highly publicized contest to play the title character. The film was based on the George Bernard Shaw play with a great screenplay by Graham Greene. This large-format version of Saul Bass’ famous design is terribly rare, and most impressive, with its vivid colors. On linen, NEAR FINE.