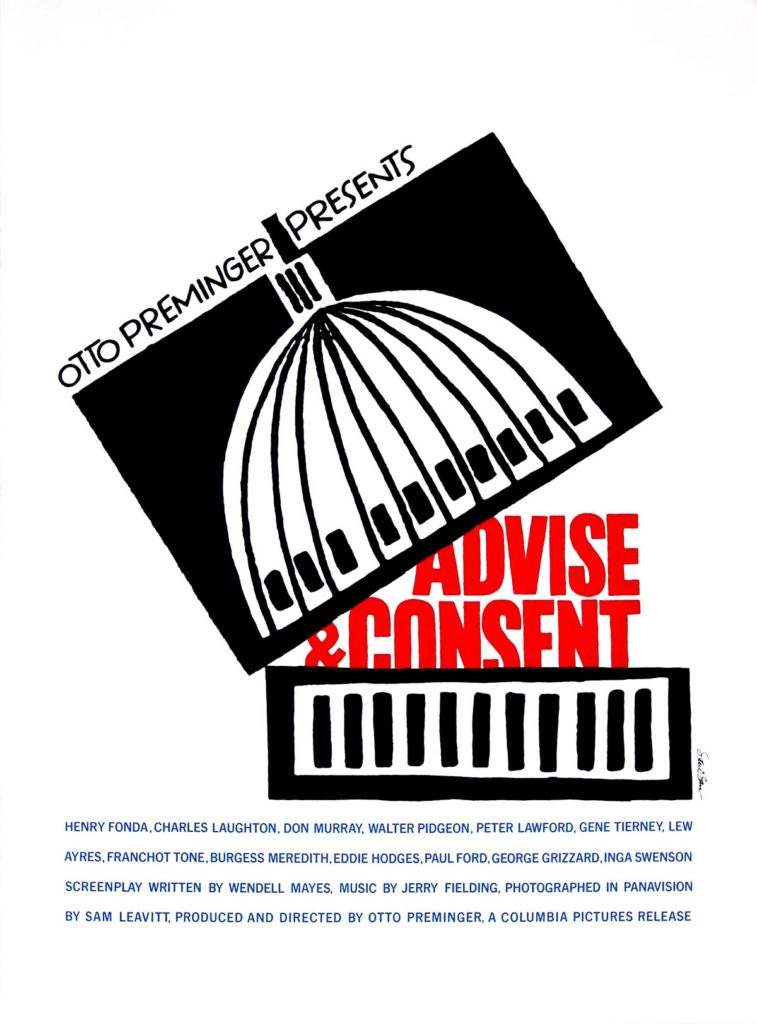 Based on Allen Drury’s Pulitzer Prize-winning political shocker of 1959 (but detached from the novel’s Cold War agenda) about how American government functions in a free society. Robert Leffingwell is the president’s candidate for Secretary of State who must go under investigation to determine his qualifications. The man leading the investigation, Senator Brigham Anderson, discovers Leffingwell’s past affiliations with the Communist Party, but upon testimony Leffingwell is proven innocent. It is later discovered that he lied under oath and Senator Anderson pleads with the president to denounce his affiliation with Leffingwell, even as Anderson himself is blackmailed for his own past (being a closet homosexual).

This poster is unused and has a minor bit of creasing along the left edge and one tiny left edge tear, JUST ABOUT FINE.