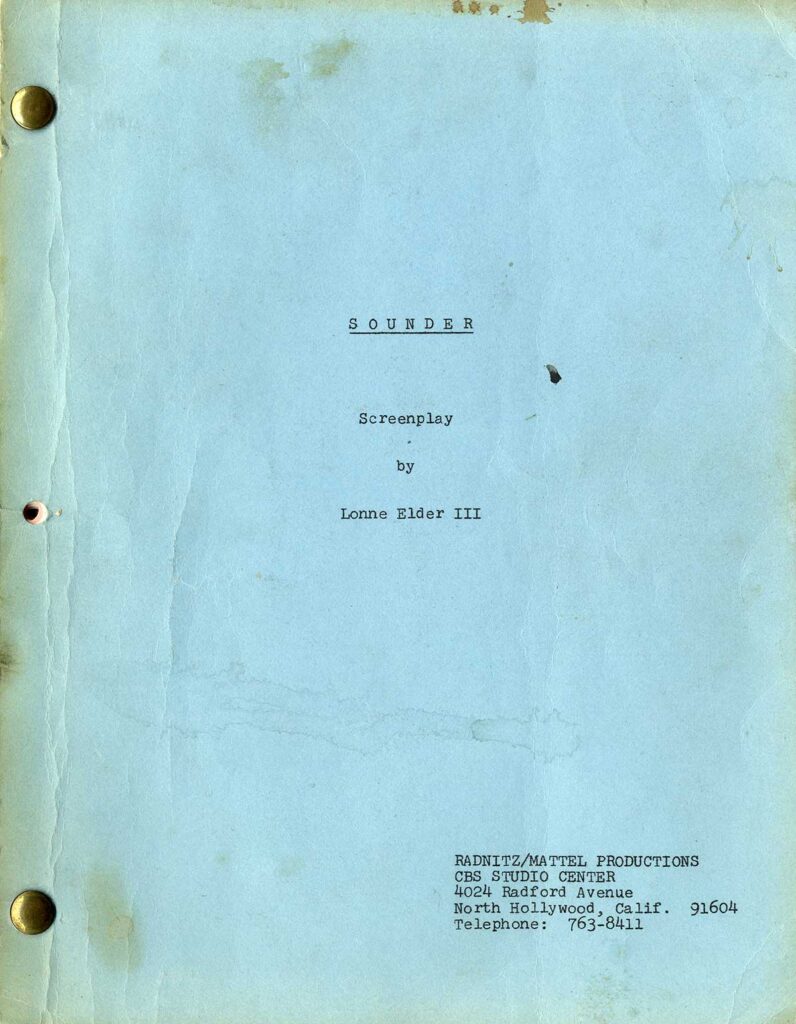 SOUNDER is one of the landmark African American films. With its screenplay by Elder (also known as the author of the play CEREMONIES IN DARK OLD MEN), he became the first African American to be nominated for an Oscar in screenwriting.

“A triumph of character and action: moving, lyrical, taut, intelligent, and perceptive with performances in which every line rings true and clear. At heart, it is a black family drama, focusing on a sharecropper family in Louisiana in the 1930s. When the father (Paul Wingate) is arrested for having stolen food to feed his children, he is imprisoned. Behind bars, he struggles to hold his family together — and to hold himself together as well.” (Bogle, Blacks in American Films, pp. 199-201)