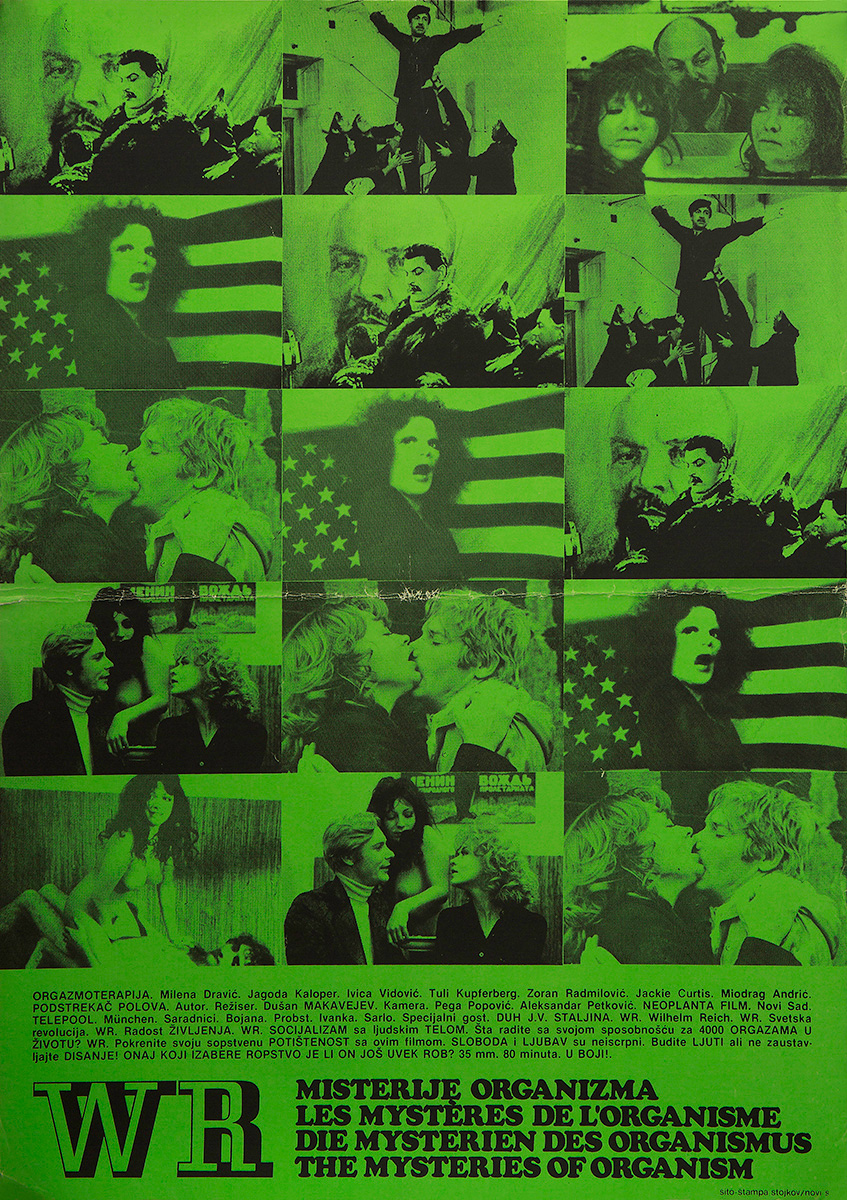 Original Yugoslav poster for one of the wild, anarchistic films of the early 70’s, and one of the hallmarks of Yugoslav cinema.

Wikipedia: “explores the relationship between communist politics and sexuality, as well as presenting the controversial life and work of Austrian-American psychoanalyst Wilhelm Reich (1897–1957). The film’s narrative structure is unconventional, intermixing fictional and documentary elements.

“After initial screenings, both in and out of Yugoslavia, W.R. was banned in that country for the next 16 years. Makavejev was subsequently indicted there on criminal charges of ‘derision’ towards ‘the state, its agencies, and representatives’ after he made intemperate remarks to a West German newspaper about the ban. His exile from his home country then became permanent until the end of the regime.” The repeated image of Warhol transgendered superstar Jackie Curtis are her first images on a movie poster.

Poster has one horizontal fold, with some signs of handling along the old foldline, VERY GOOD.