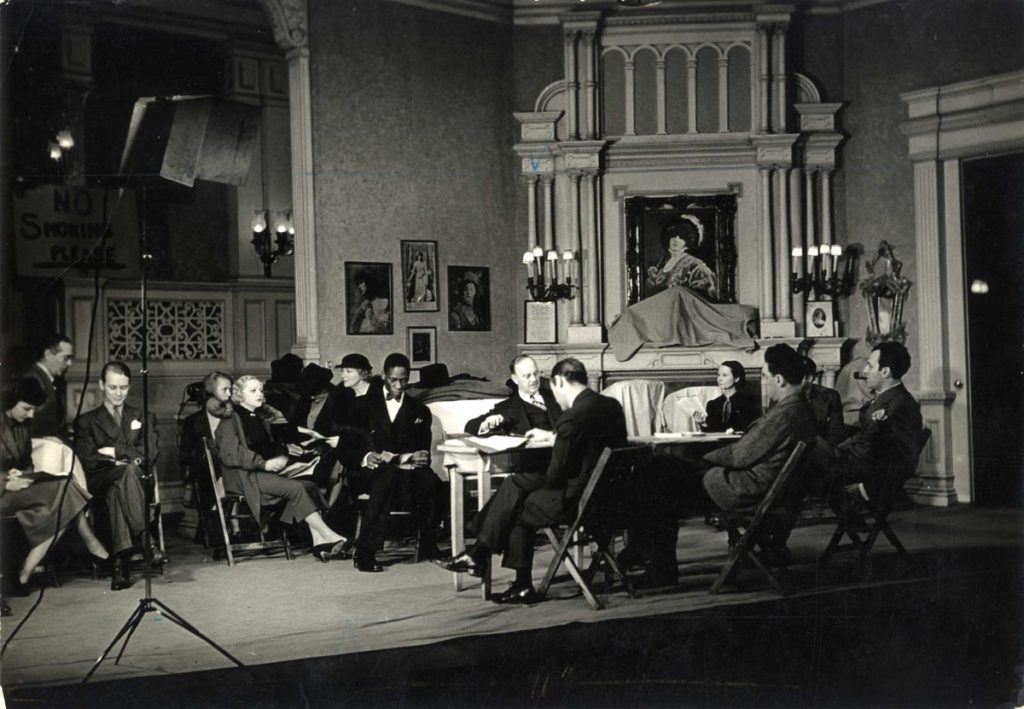 Here they are doing an early table read with Kaufman and Hart at the head of the table, actors include Oscar Polk of Gone with the Wind-fame and George Tobias. Of course, Frank Capra would immortalize the story a year later in the Academy Award-winning film about the antics of an eccentric family.

Valente’s stamp is on the back. Crease to top right corner. NEAR FINE.