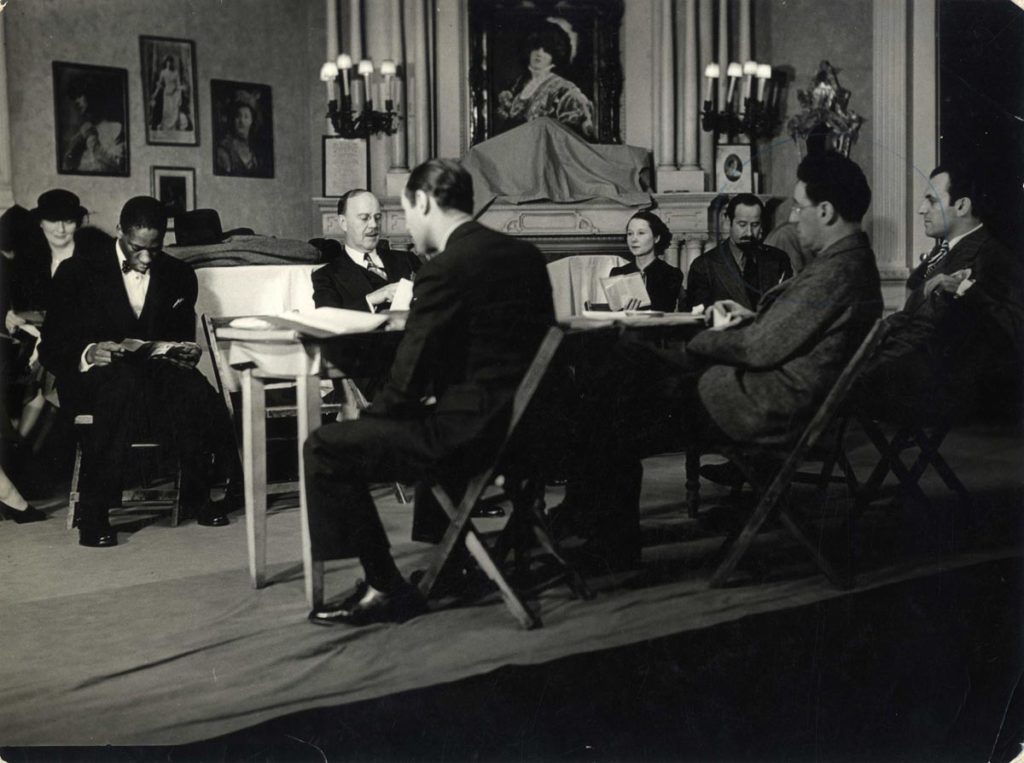 Here they are doing an early table read with Kaufman and Hart at the head of the table; the actors include Oscar Polk of Gone with the Wind-fame. Of course, Frank Capra would immortalize the story a year later in the Academy Award-winning film about the antics of an eccentric family.
Valente’s stamp is on the back as are printing marks and other stamps. Minor edge wear and crease at top left corner. NEAR FINE.