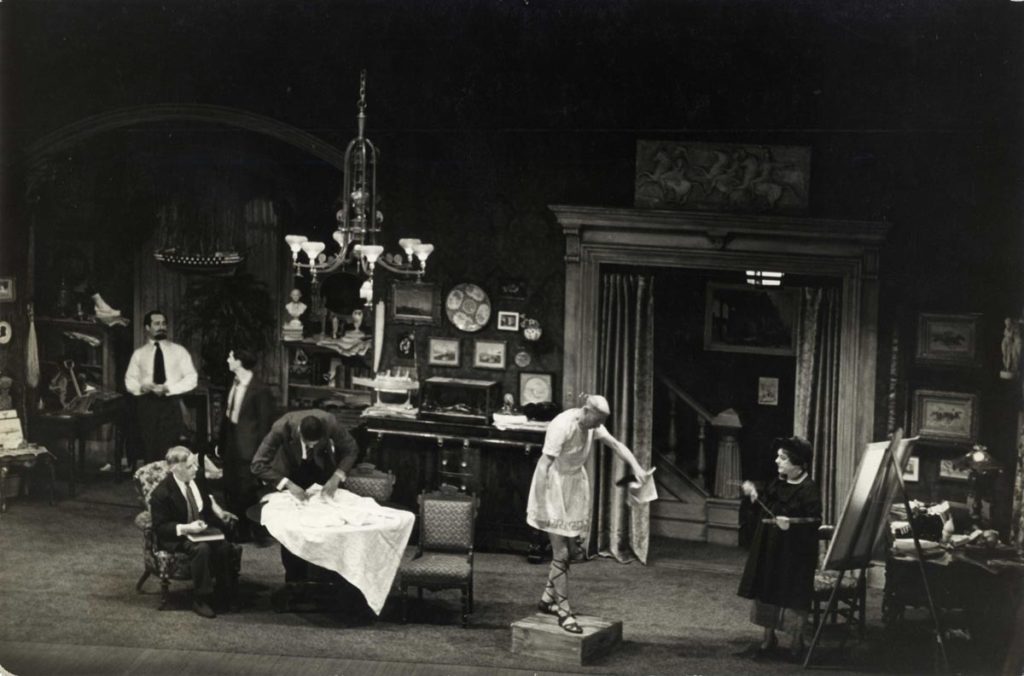 Here, in a scene showing much of the stage, the family performs their various tasks. Amongst the actors shown are George Tobias, Henry Travers, Oscar Polk and Josephine Hull. Date stamped January 1937 (the play ran from December 1936 through December 1938 and was still running when the film was released). There are also other printing stamps and written markings. Paper remnant on back as well. Minor wear to corners only. ABOUT FINE.