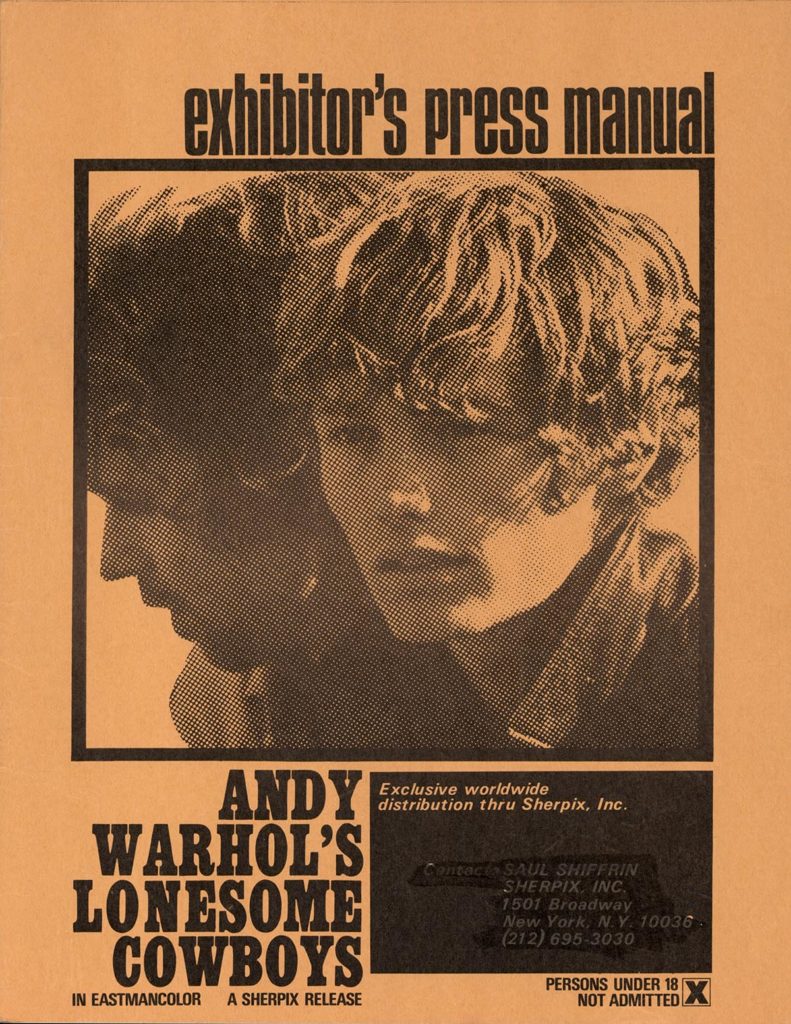 Printed wrappers, 11 x 8″ (28 x 21.6 cm.), USA. This rather langorous film, with Viva, Taylor Mead, Joe Dalleasandro, Lou Waldon, Eric Emerson, and various other Warhol Factory members, had clear homoerotic gay overtones, and was a transition to the series of films directed entirely by Paul Morrisey, which were to follow within a couple of years.

Very scarce pressbook for Warhol’s Western spoof, which was a very important early movie for Dallesandro, who would shortly become a Warhol superstar. 8 pp., with a few stamps of a film distributor, overall ABOUT FINE.