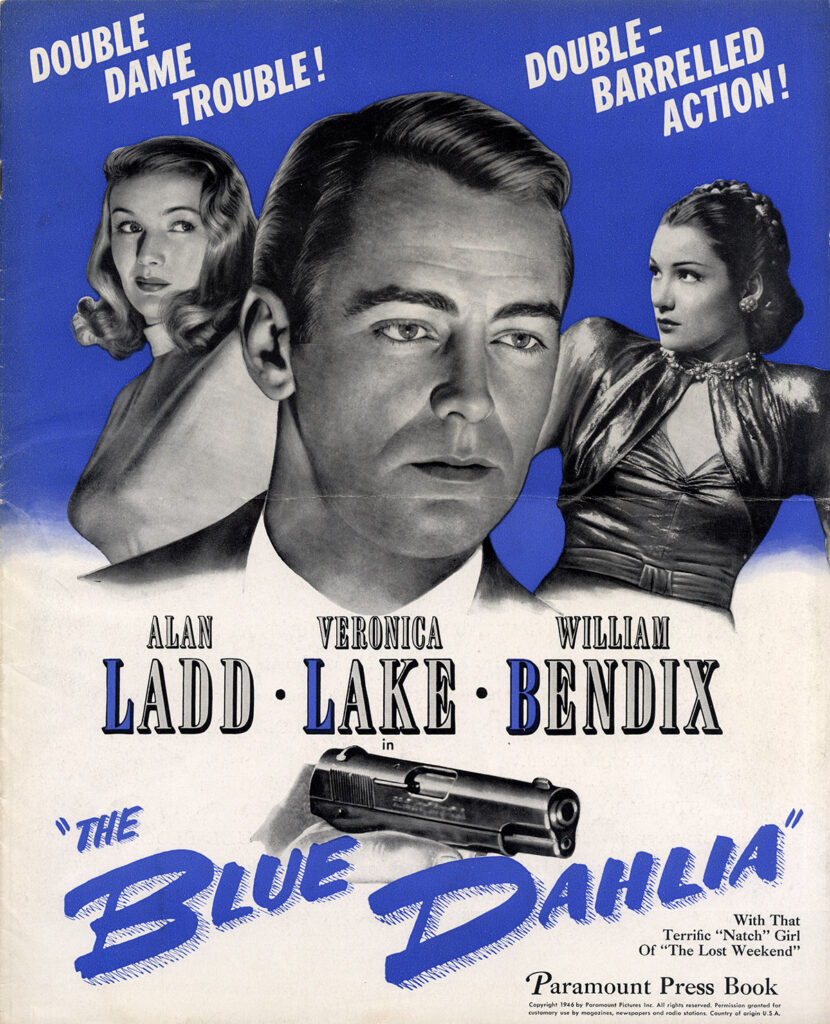 Producer John Houseman had to keep screenwriter Raymond Chandler equipped with cases of expensive scotch while Chandler was writing this screenplay. Although Chandler did work on other screenplays in the 40s and early-50s, all the other efforts were collaborations, and this was Chandler’s only solo screenwriting effort, for this now classic film noir which starred Alan Ladd and Veronica Lake.

It is a story of a returning war veteran who discovers his wife is having an affair, and then finds her murdered, with him as the lead suspect.