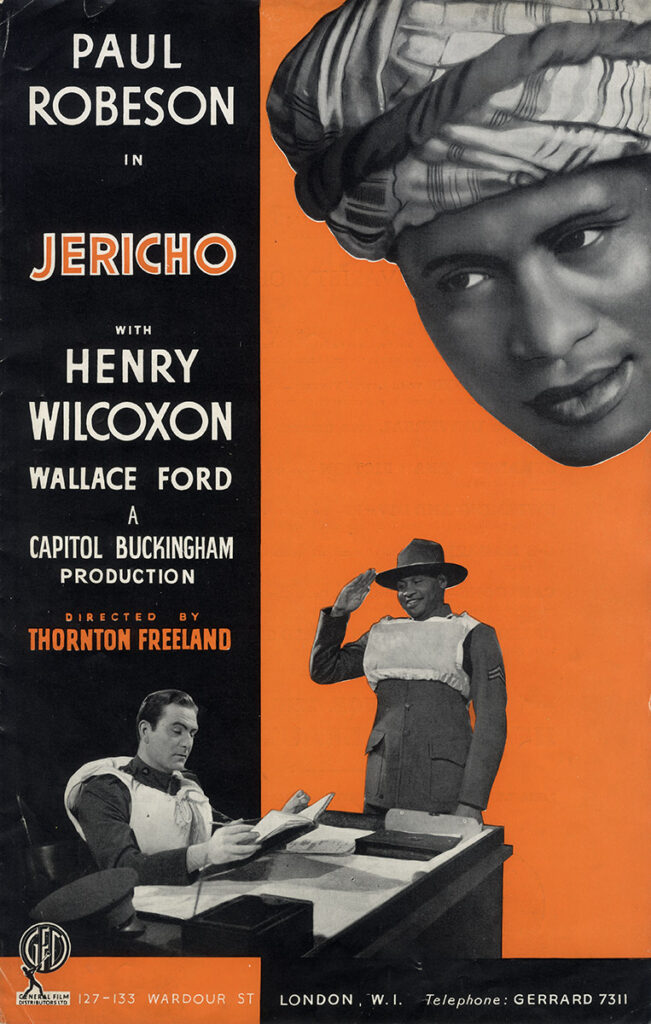 An extremely scarce promotional pressbook, of particular interest because this British booklet was for a British film, and one of which Robeson was particularly proud.

“A 1937 British drama film directed by Thornton Freeland and starring Paul Robeson, Henry Wilcoxon and Wallace Ford. It was released in the US with the alternative title Dark Sands.

“Paul Robeson considered Jericho one of his most positive accomplishments in projecting a screen image of a Black man with courage, honor, self-sacrifice and intelligence who achieves success and happiness.” (Wikipedia)