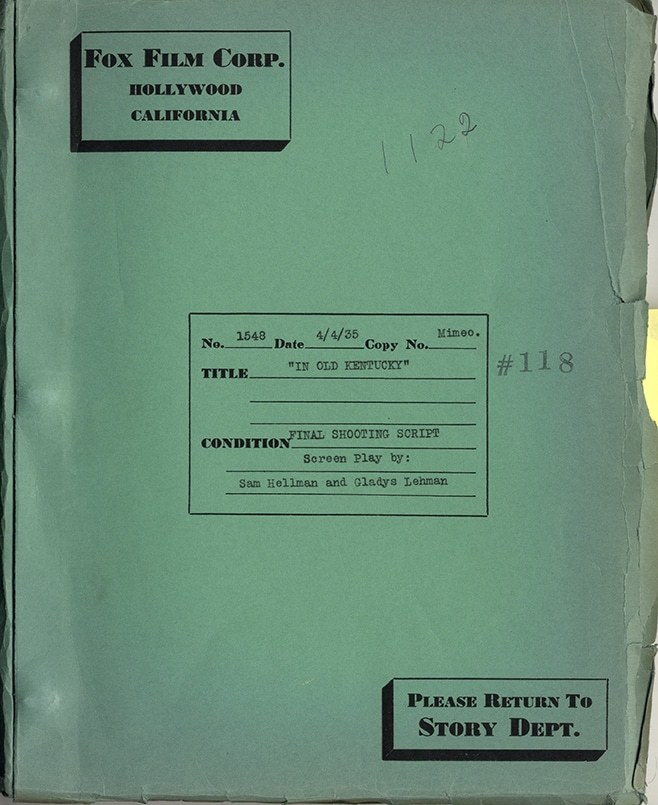 The story explores the daily lives and problems facing the working class of the big city and did not stay away from frank depictions of sex, violence and use of language. Cover features the romance between Rose (Sidney) and Sam (Collier Jr.) and the many colorful characters of the street they live on.

This pressbook, done in duotone with solid color background is quite impressive. The many beautiful posters are presented on the back. There are numerous radio and magazine campaigns, contests, ads, articles, merchandise and special advertising materials. It has been stored folded in half (as issued). Edge and fold wear and covers split at the top about 2″ (5 cm.), NEAR FINE.