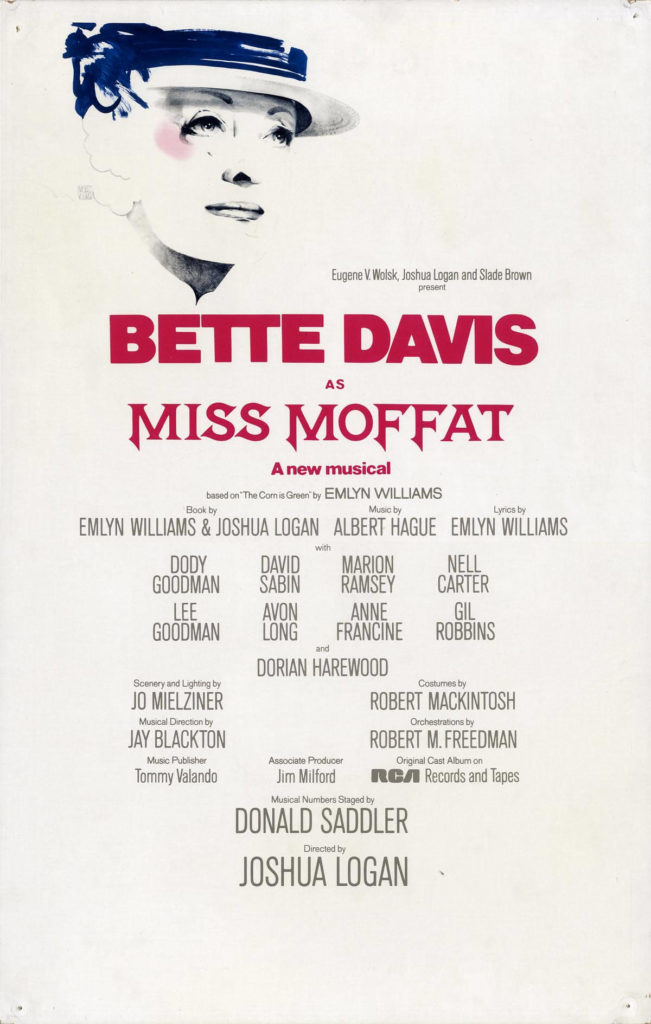 Bette Davis scored highly with an Academy Award nomination playing the repressed but driven school teacher in the 1945 film. It seemed like an excellent source for a musical, and many of the tops in theatre were engaged to make this a success.

The critics panned it, however, and Bette — at a time when she was finding it difficult to find work — lost her nerve. She cited a back injury and left the show, it closing immediately. The show was fraught with problems from the start, and though scheduled to go to Boston and Los Angeles, it ran just two weeks, opening and closing in Philadelphia. A cast recording was made.

This very rare poster does not indicate its theatre, but was for those very few aforementioned performances. There is a pinhole in each of the four corners. JUST ABOUT FINE.