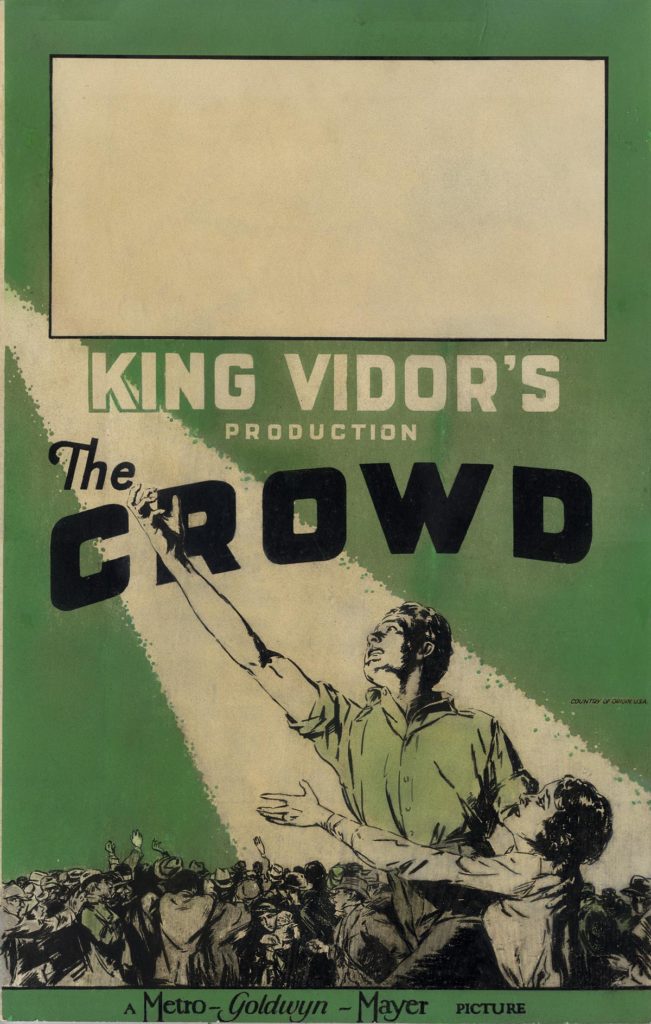 Vintage original 22 x 14″ (55 x 35 cm.) window card poster, USA. Eleanor Boardman, James Murray, Bert Roach, Estelle Clark, dir: King Vidor; MGM. One of the finest silent films ever made. Director King Vidor’s masterpiece.
This was Vidor’s pet project, an early example of a director’s picture within the studio system. Irving Thalberg gave him the green light, as he had made many moneymaking films for MGM. The studio felt it would not make money, but in the end it made double what it cost and was nominated for two Academy Awards (for Dramatic Film and Director) in what would turn out to be the first Academy Awards presentation (SUNRISE would win in this category).
The story of a young couple in New York City who marry and have children and meet with human tragedy (the loss of a child, the loss of a job, the breaking of a marriage) — the story of the everyman, of the everyday person getting lost in the crowd. It is difficult to find any material on this title.
Card has been cleaned and backed. Tears and cracks around the blank credit box have been addressed and touched-up. Areas in the blank background and in the black of the art area where pinholes and tears occurred have been touched-up. A vertical crease of tear about 3″ (8 cm.) in from the right side going through the title art and into the head of the male character has been touched-up. A few areas along the edges have been touched-up. Displays clean and beautiful. VERY GOOD.