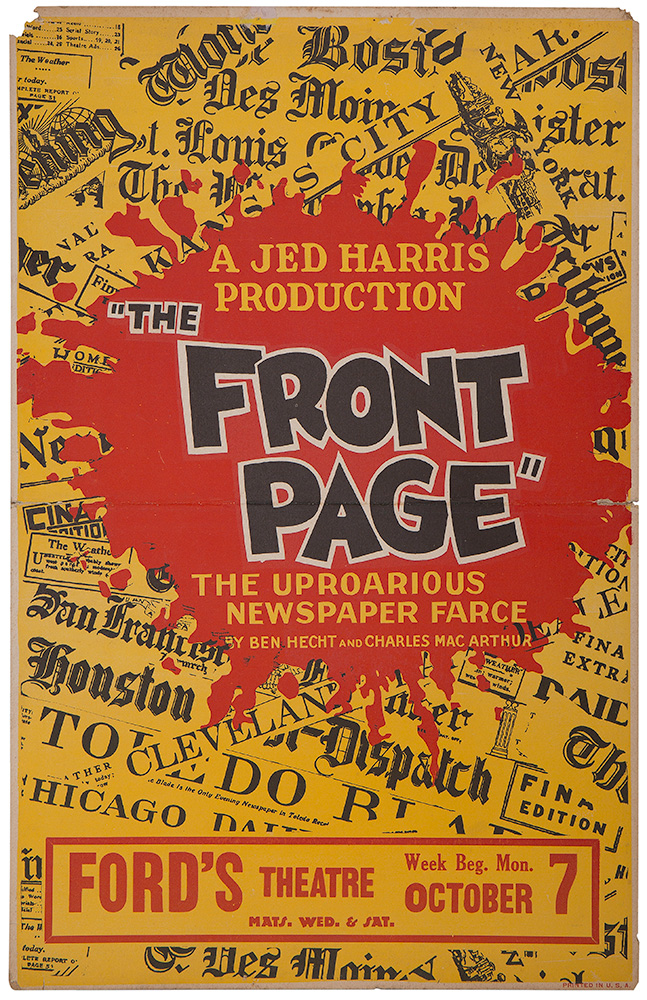 Vintage original 22 x 14” (56 x 36 cm.) stage window card poster, USA. Ben Hecht and Charles MacArthur’s comedy about cynical journalists opened on Broadway on April 14, 1928, in a production directed by George S. Kaufman. It met with success, and, the following year, the production went on a national tour, and this poster was used for its appearance at Ford’s Theatre in Washington, D.C. in October, 1929. Poster has one horizontal center fold, with some minor paper loss at edges of fold line and chipping at borders, VERY GOOD.