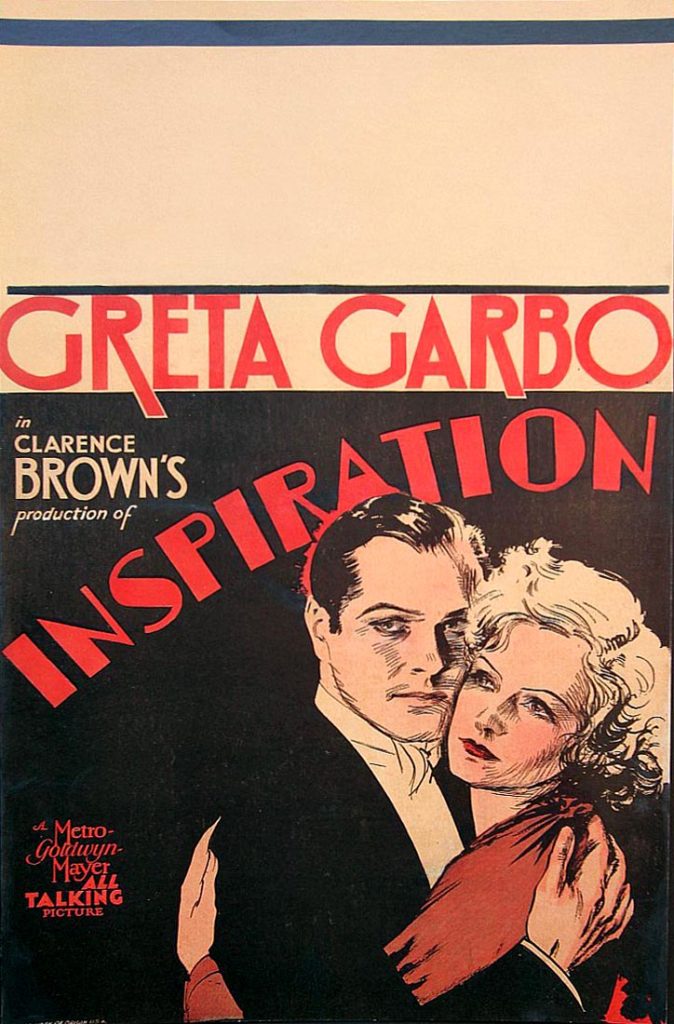 Vintage original 14 x 22″ (56 x 71 cm.) window card poster, USA. Greta Garbo, Robert Montgomery, Lewis Stone, Marjorie Rambeau, Karn Morley, dir: Clarence Brown; MGM. Wonderful period deco font and layout presents the great Greta Garbo above the title of this melodramatic romance. A lovely portrait of her with leading man Robert Montgomery and the tagline “A Metro-Goldwyn-Mayer ALL TALKING Picture” brought audiences into the theatre in 1931. It was Garbo’s third talking film and people were excited to hear her speak. Beautifully photographed by William Daniels (Garbo’s favorite) in the German style of the time, it contains one of her most underrated subtle performances.
It was based on the Alphonse Daudet novel Sapho (release was delayed as a lawsuit ensued, the novel being public domain in the U.S. but not in Europe). It told the story of Yvonne, a woman who has loved many times, and her unfortunate romance with a young art student. Paper-backed, poster originally had one fold line and was trimmed at top, border area has been skillfully filled in, overall really nice, NEAR FINE.