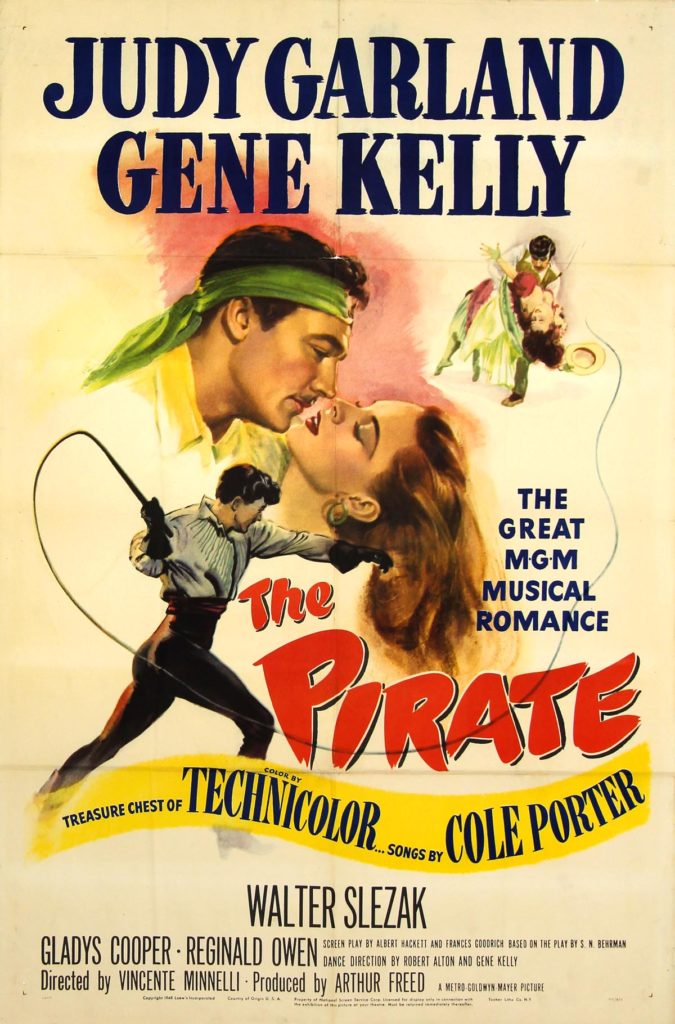 Based on the S.N. Behram play which starred Alfred Lunt and Lynn Fontanne on Broadway, stars Judy Garland and Gene Kelly were required to become grand comedians in acting style. They were up to it, and Cole Porter wrote an entirely original score for Garland to sing and Kelly to dance to.

The film was in production for a year due to re-writes, re-structuring, song replacements and Judy’s illnesses. Though it was the only Garland film to lose money, the critics appreciated it and it was made at a time when studios were willing to experiment and push the genre of the musical to new heights.

This copy of the one sheet is folded, un-backed and in original condition with extremely rich color. There are tiny tears at the fold edges and a few along the blank white border edge. There is one tiny chip near the top right corner and there are several pin holes at each of the four corners. NEAR FINE.