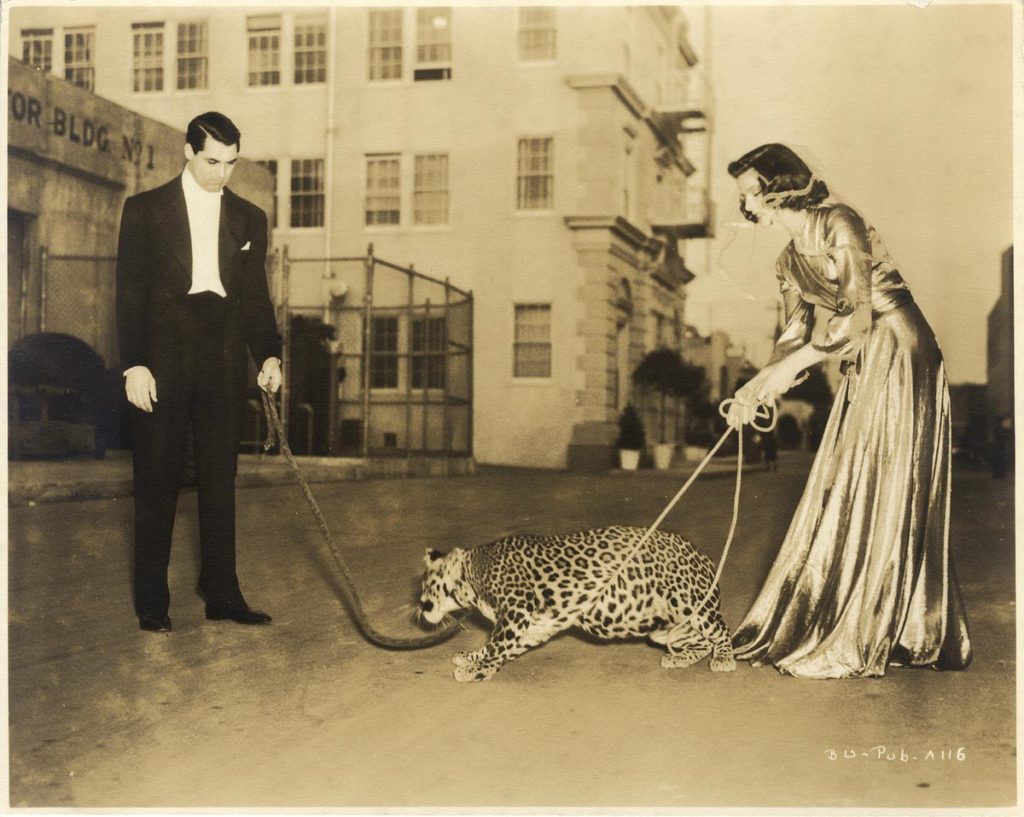 Here is a behind-the-scenes image of Grant and Hepburn dressed in their formal attire handling the leopard on the RKO lot. Grant was said to not be fond of this leopard — which is apparent in this image — and Hepburn, who nearly had a fatal accident with the animal (the trainer stepped in to handle), appears to be treating it with trepidation. Still is coded “BU-PUB-A116”. Photo is slightly trimmed for publication, NEAR FINE.