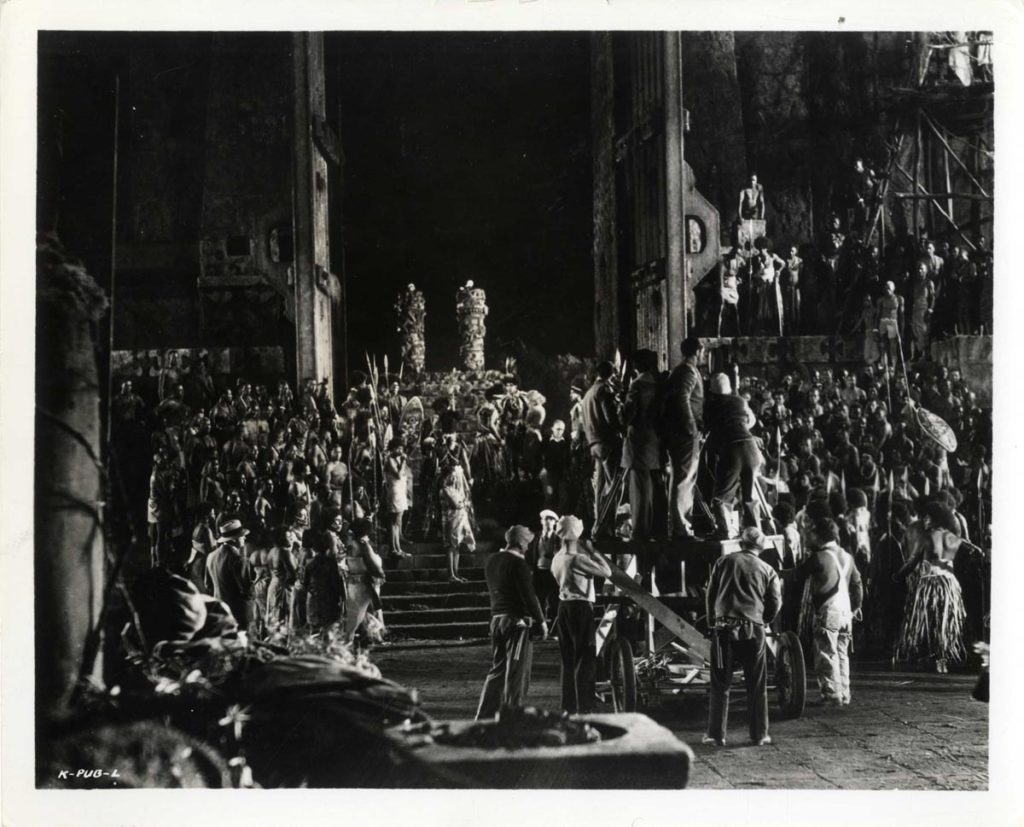 Vintage original 10 x 8″ (25 x 20 cm.) black-and-white double weight glossy silver gelatin print still photo, USA. Fay Wray, Robert Armstrong, Bruce Cabot, Frank Reicher, Sam Hardy, Noble Johnson, Kong, dir: Merian C. Copper, Ernest B. Shoedsack; RKO. The brilliant, unsurpassed original. No matter the advancements in film making technology, it was the technology, writing, music, photography, lighting, artistry and special effects of 1932 that made this story work– then, and to this day. It has inspired all subsequent film makers and is still magical. A superb re-telling of the Beauty and the Beast legend. Its very first weekend release yielded $90,000, which was the biggest weekend box office to that time.
There were days and evenings on the backlot, though, when the main action had to be filmed just like any other film. Here is a truly rare glimpse behind-the-scenes as Fay Wray, the native actors and crew prepare for one of the most memorable scenes in film history: Ann Darrow (Wray) being brought to the altar of Kong. Wray can be seen at the very center of the image. A few year later the great wall would come crashing down in flames as it was used to stage the burning of Atlanta in Gone with the Wind.
Though King Kong was one of the first films to not only be re-released, but re-released numerous times and by its original studio, this unusual, rarely if ever before seen image is surely for the first release. Signs of handling along the top blank white margin. NEAR FINE.