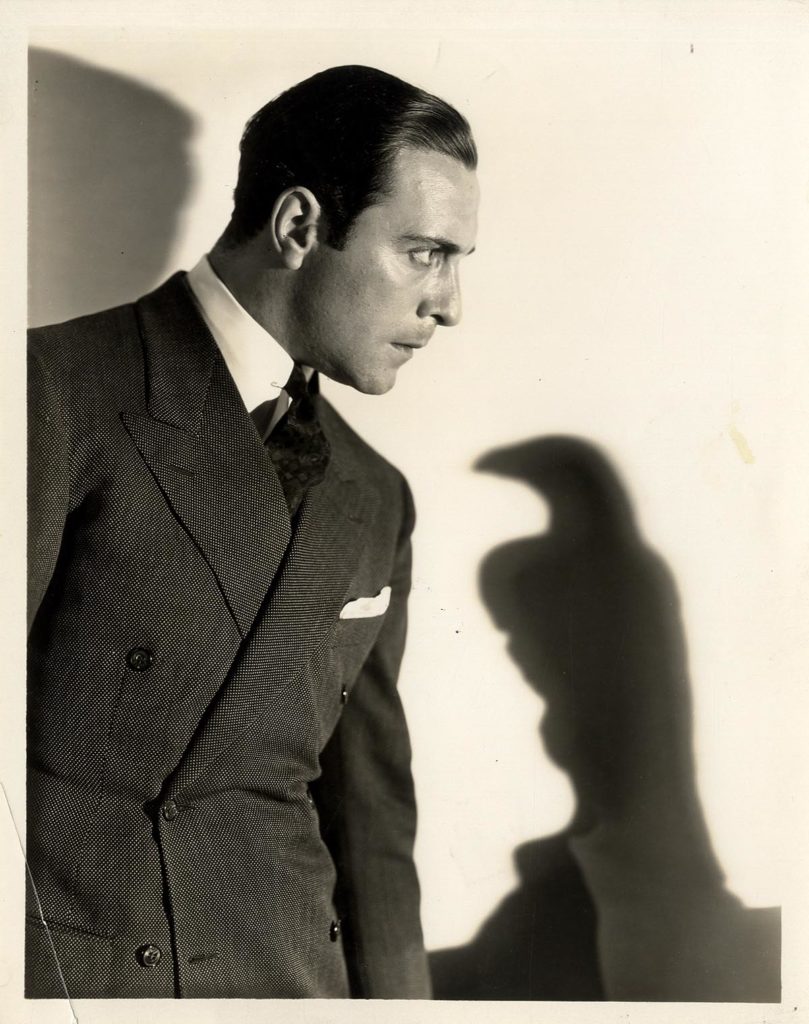 Vintage original 10 x 8″ (25 x 20 cm.) single weight silver gelatin print still photo, USA. Bebe Daniels, Ricardo Cortez, Dudley Digges, Una Merkel, Thelma Todd, Walter Long, Dwight Frye, dir: Roy Del Ruth; Warner Brothers. The superb, original, no holds barred, Pre-Code version of Dashiell Hammett’s notorious mystery suspense crime novel. The 1941 post-Code John Huston remake is a superb classic with the true nature of the characters shrouded in dark psychology, but in this version, it is all out in the open. The characters are amoral and they make no apology.
Bebe Daniels plays the dangerous dame Ruth Wonderly and she plays the sexuality blatantly, as well as nearly in the nude several times. Ricardo Cortez plays Sam Spade as a sexually-charged womanizer. The story and cast of characters was the same as the 1941 telling, which surrounded the tracking down of the elusive, valuable and mysterious statue, the Maltese Falcon.
Here is an iconic portrait of Ricardo Cortez as Sam Spade coming face-to-face with the shadow of the Falcon. Still is date stamped on verso twice for May 20 and May 27, 1931. The original paper blurb is also on the verso. There is a deep crease near the bottom left corner which has been mended on the verso. VERY GOOD-FINE.