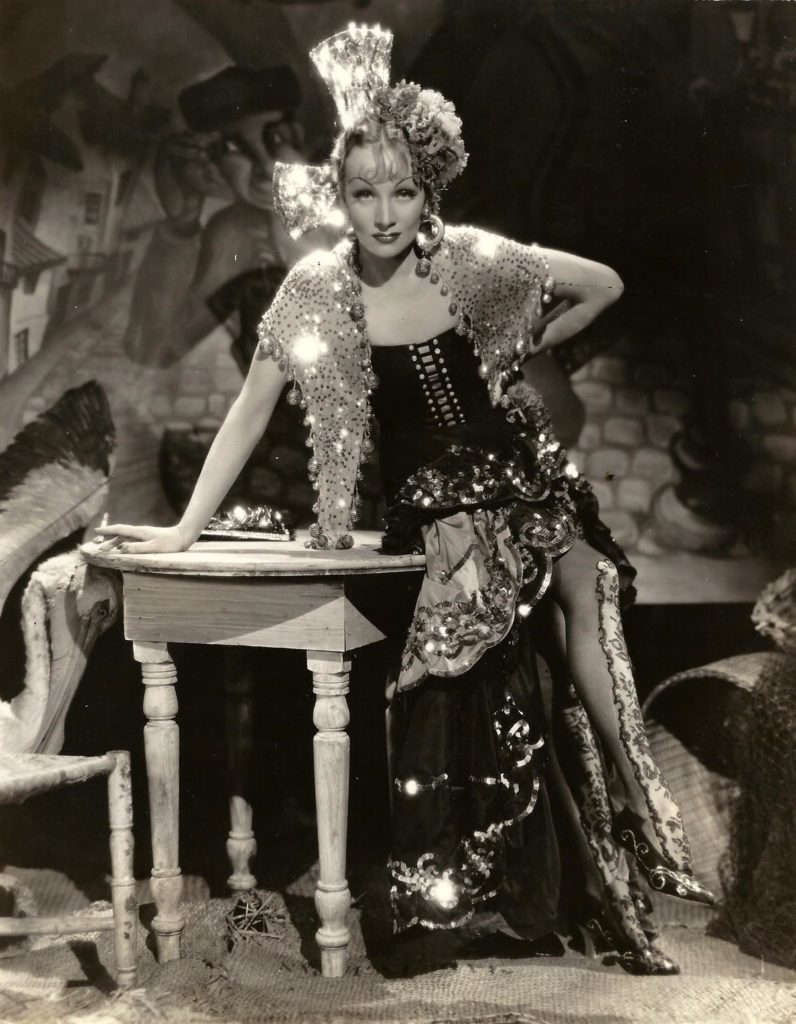 Certainly, Dietrich was photographed by Sternberg exquisitely, and dressed by Travis Banton. Set against a surreal carnival in Spain, the story of a man’s obsession with the exotic Concha Perez is told in flashback. Still labeled “1026-94” (number is handwritten in pencil on verso) of Dietrich in full length displaying a most outrageous costume against an outrageous background (art direction also by Sternberg) — a true study in portraiture lighting and diffusion. Often it was director Sternberg who took these portrait images. Flawless condition. FINE.