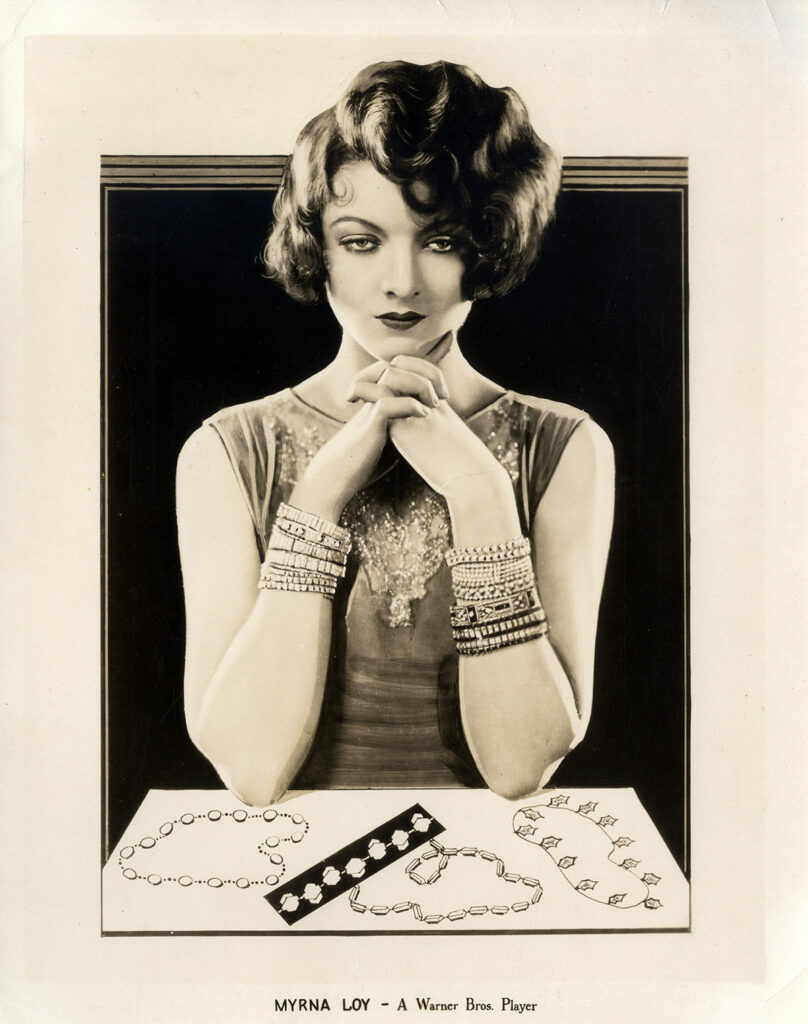 [Hollywood: Warner Brothers, 1927]. Vintage original 10 x 8″ (25 x 20 cm.) black-and-white print still photo, NEAR FINE or better. With printed studio text on verso and the stamp of a photo agency, also a date stamp indicating that a newspaper used this 1927 image decades later, in 1980.

An extremely early portrait of Myrna Loy. She was all of 21, having started her film career in 1925 as an extra and working her way up to small parts. Two years later, Warner Brothers were giving her the star treatment. During the 1920s, Warners cast her in exotic roles, often femmes fatales.