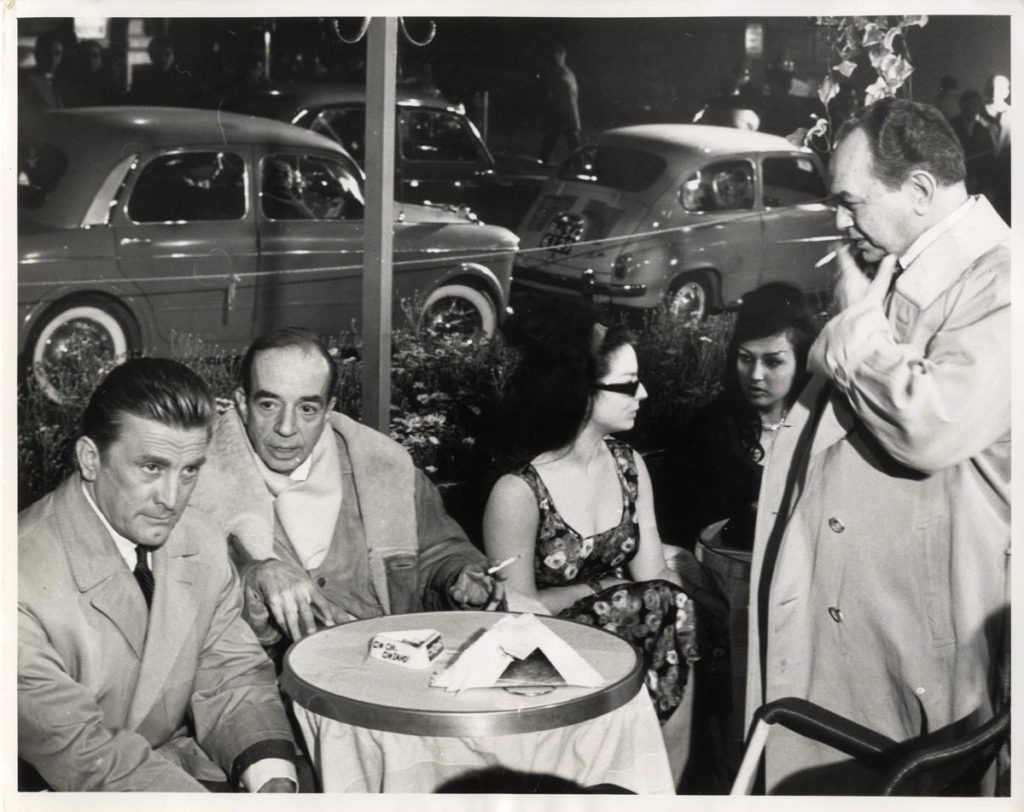 Vintage original 8 x 10″ (20 x 25 cm.) black-and-white print still photo, USA. Kirk Douglas, Edward G. Robinson, dir: Vincente Minnelli; MGM. A strange film, which is not all that well known, but is loved by many Minnelli enthusiasts (including me).
A wild melodrama set in Rome, at the time when it was considered a major international hot spot for the jet set, and when Cinecitta was producing a series of major films that the world was paying attention to. Great photo as Minnelli talks to Douglas and Robinson about their next scene. With text on back, dated 11/25/61, and UPI stamp. FINE.