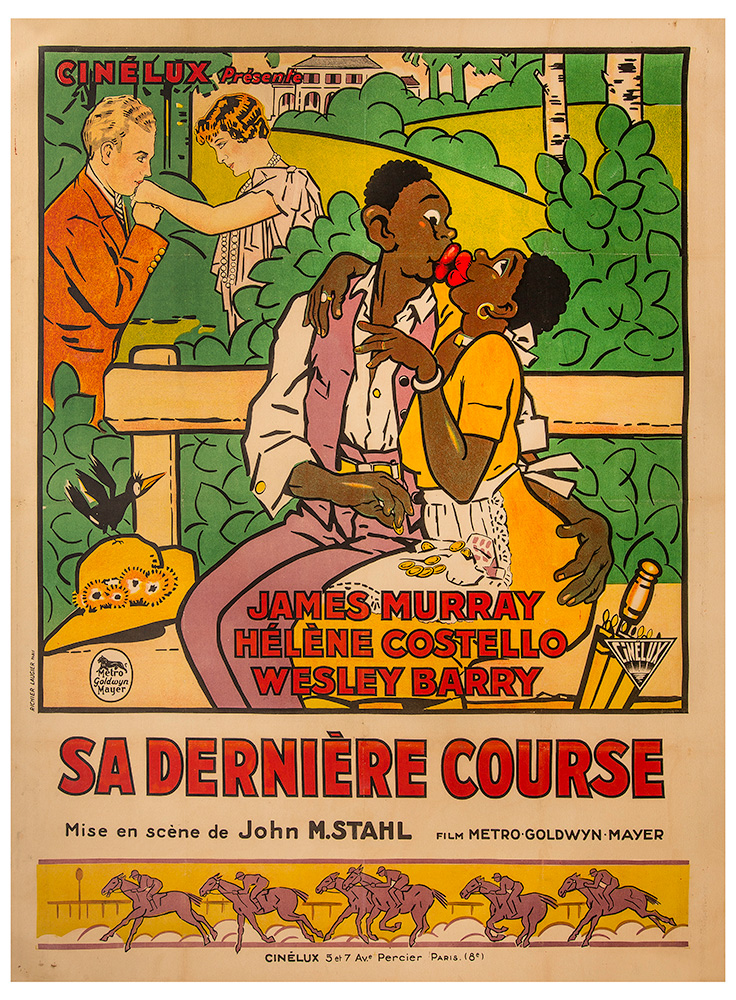 From an immensely popular play by Charles Dazey, which was repeatedly adapted to film, starting as early as 1909, this is a film about Kentucky horse racing. Fetchit and Snowden have supporting roles in the film, and it is very surprising that the French distributor of this MGM film chose to highlight the two African American actors, but also disturbing that they chose to do so with this racially derogatory image, with exaggerated artwork of the actors’ lips. The distributor, Benelux, often handled second releases in France of MGM film, frequently reissues a couple of years after the films’ first releases, and they generally used artwork identical to that used on the French MGM posters. However, I can find no evidence of any previous French poster having ever surfaced for this film. Both the great John Kisch book, SEPARATE CINEMA, and also the Stanislas Choko poster book, 100 ANS D’AFFICHES DE CINEMA, only list this Benelux release.

This is an extremely early screen appearance for Fetchit, only preceded by the 1925 MYSTERIOUS STRANGER, in which he apparently had a very small part. Kisch, p. 58: “He took his stage name from a racehorse and made his reputation during an era in which stereotypical roles were the inevitable fate of African-American entertainers. In 1927, he landed a role in the film IN OLD KENTUCKY, where his undoubted comic rhythm immediately made an impact.”