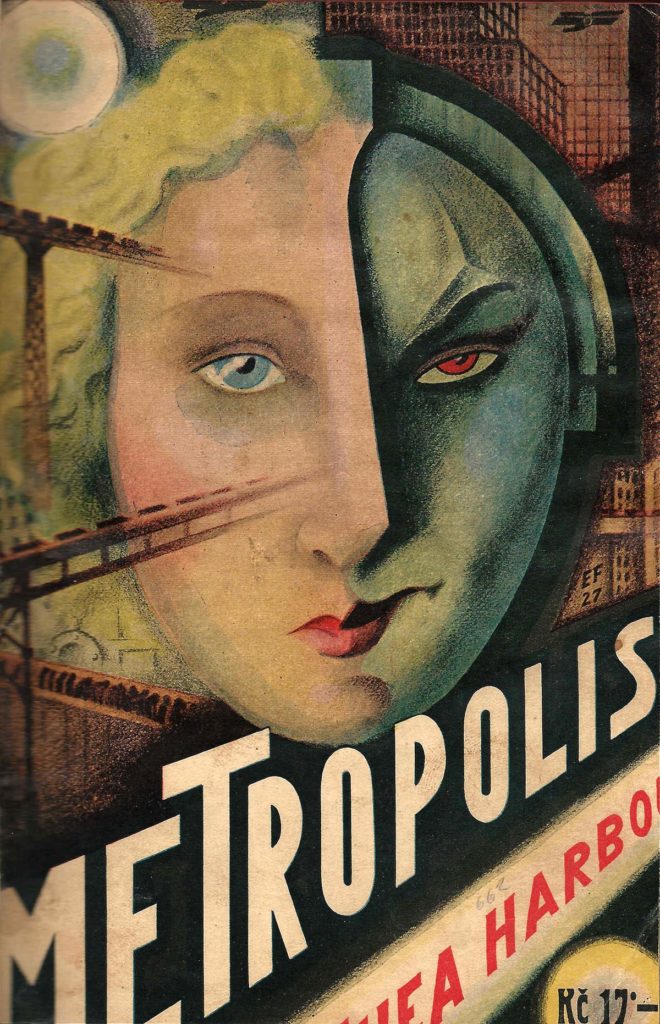 First Czech edition of Thea Harbou’s novel, published the same year as the release of the Fritz Lang film for which she wrote the screenplay. Importantly, this edition is the only one to contain all 64 images of the UFA still photographs released for the film in 1927 (for which a collection of the actual vintage photographs would be essentially impossible).

The film’s iconic images of an imagined dystopian future inspired many illustrations and designs, the jacket for this edition being an exceptional example by the Czech illustrator Emanuel Frinta (1896-1970). Shown is the novel’s “automatic head” split with a human female’s visage, against a futuristic architecture and transportation scheme, including trains on highly elevated tracks, highways on bridges and airplanes flying past enormous skyscrapers.