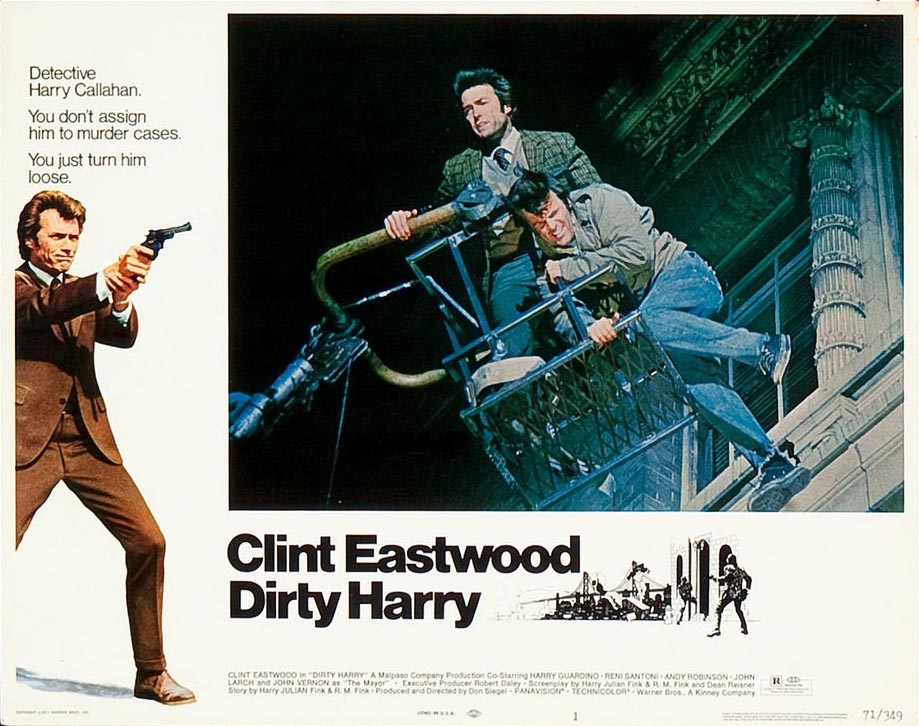 Clint Eastwood in his iconic role of the paradoxical Dirty Harry (basically an outlaw but deeply moral at the same time) only won the role because the originally-cast Frank Sinatra had injured his hand so badly years before that he could not handle the large handgun. Marlon Brando, Steven McQueen and Paul Newman were considered before Eastwood. There is a paper clip impression at the mid top of card nos. 1 and 2 which dissipates by card no. 3. Card no. 8 has minor creasing at the top left corner. There are no pin holes and the set appears to not have been used. NEAR FINE.