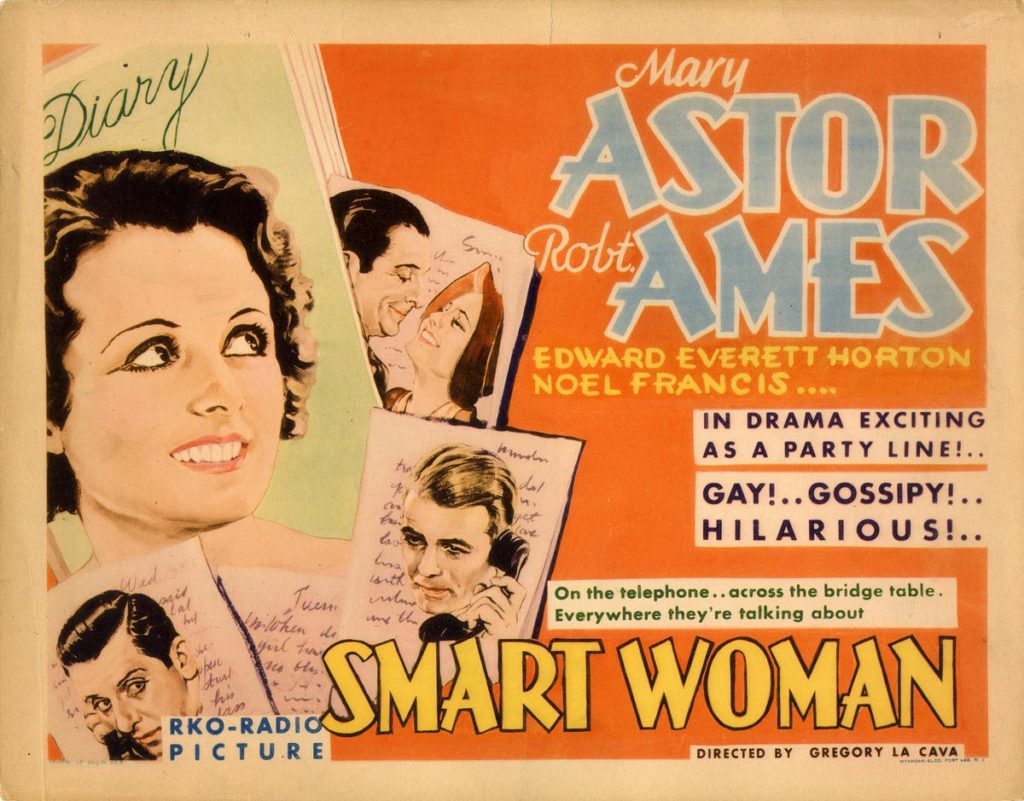 Vintage original 11 x 14″ (28 x 35 cm.) title lobby card, USA. Mary Astor, Robert Ames, John Halliday, Edward Everett Horton, dir: Gregory La Cava: RKO. There is a tiny edge tear near the top of the left side border, a;” (2 cm.) tear at the center of the top blank white margin and a tiny bit of creasing near the top and bottom left corners, near fine.

A really clever layout on this card with a real 1930s feel. Interesting for those who like Mary Astor, too, as it was her own personal diary which a few years later got her in some real hot water.

In this pre-Code comedy, Mary is a woman returning from Paris to her husband on Long Island. She discovers that he has been having an affair while she was away caring for her ill mother. He hopes she will be devastated and give him a divorce but, being a modern woman, she decided to fight fire with fire and pretends to be having affairs as well in her attempt to win her husband back. From a Myron C. Fagan play which had 136 performances on Broadway in 1930. The movie opened the Roxy Theatre in New York City.