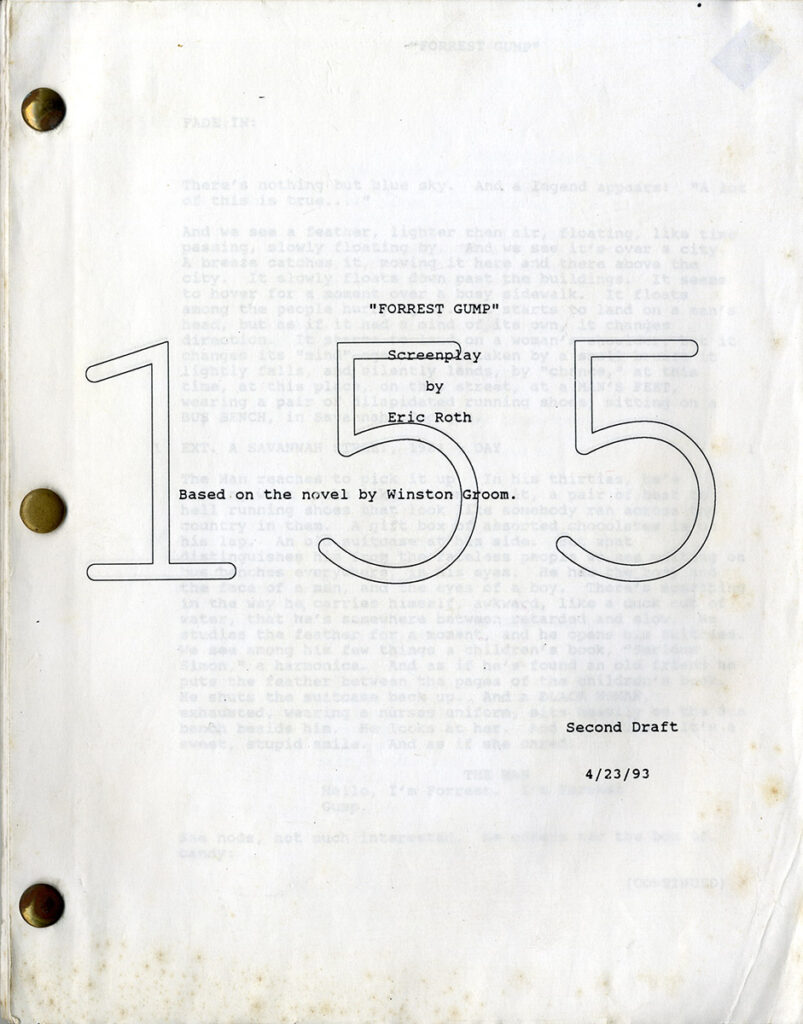 Winner of the 1994 Academy Award for Best Picture, FORREST GUMP presents an epic cultural history of the United States from roughly the end of World War II through the 1980s as seen through the eyes of a tender-hearted innocent with an IQ of 75. The film also received Academy Awards for Best Actor in a Leading Role (Tom Hanks as Forrest Gump), Best Director (Robert Zemeckis), Best Editing, Best Visual Effects and Best Adapted Screenplay (Eric Roth, adapting Winston Groom’s 1986 novel).

Robert Zemeckis (BACK TO THE FUTURE, WHO FRAMED ROGER RABBIT?) was not the producers’ first choice to direct FORREST GUMP. They had previously offered the assignment to Terry Gilliam, who refused it, and Barry Sonnenfeld, who had to leave the project to direct ADDAMS FAMILY VALUES. Nevertheless, Zemeckis proved to be the perfect man for the job, providing a compelling narrative flow, deftly blending emotional commitment with subverting irony, and seamlessly integrating crucial yet “invisible” special effects into the movie’s storyline.

Screenwriter Eric Roth (born New York City, March 22, 1945) is one of Hollywood’s most in-demand professionals. Prior to adapting FORREST GUMP, he had helped to write films like THE DROWNING POOL and THE ONION FIELD. After the award-winning FORREST GUMP, he was hired on one prestigious project after another, including Robert Redford’s THE HORSE WHISPERER, Michael Mann’s THE INSIDER and ALI, Stephen Spielberg’s MUNICH, David Fincher’s THE CURIOUS CASE OF BENJAMIN BUTTON, and Martin Scorsese’s KILLERS OF THE FLOWER MOON.

Eric Roth was not the first screenwriter hired by the producers to adapt Groom’s novel but, according to Zemeckis, he was the first to solve the problem of adaptation by emphasizing the romance between Forrest and Jenny as the story’s through-line. Forrest may be slow, but he is brave and generous, and loves Jenny unconditionally, and she eventually learns to appreciate him enough to bear his child.

FORREST GUMP’s politics are intentionally ambiguous. Having a mentally challenged individual–essentially a blank slate–as a protagonist allows the filmmakers to look at the historical events of the past fifty years without expressing a particular point of view. The film can therefore be all things to all viewers. Regardless, FORREST GUMP has become a cultural touchstone in its own right.