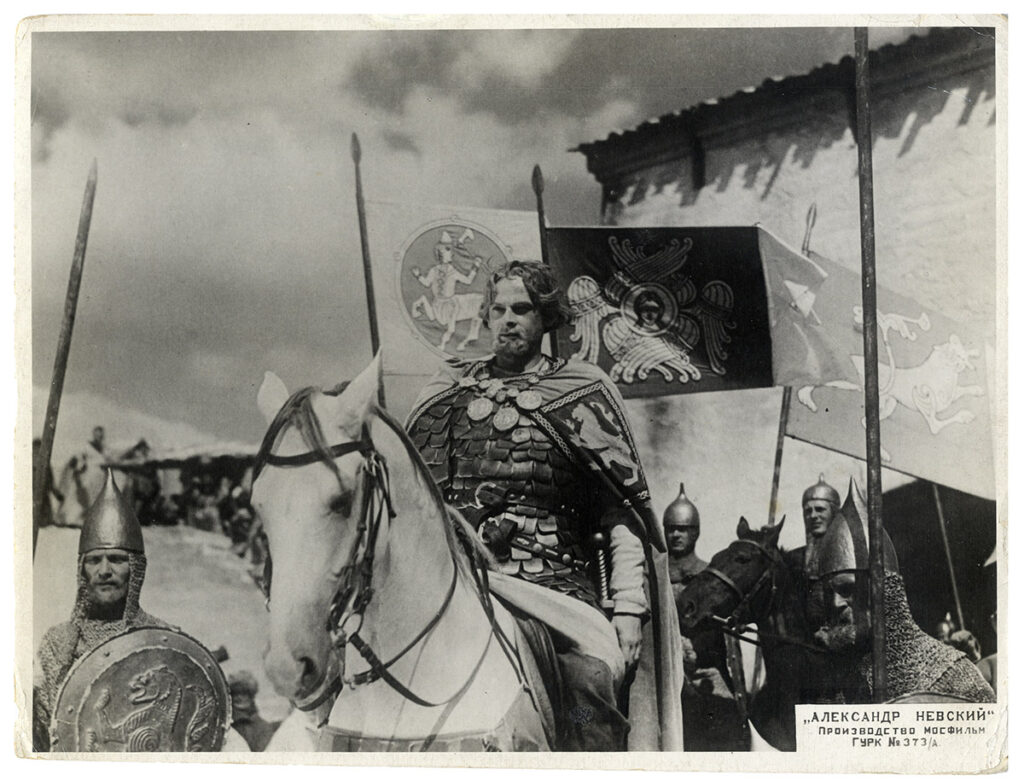 Nickolay Cherkasof (as Nevsky) in Sergei Eisenstein’s historical epic about an attempted invasion of Novgorod in the 13th century, which was repulsed by Russians under Nevsky’s command.

A year after the film was released, Stalin signed a non-aggression pact with Hitler–and suddenly this film (showing Russians defeating Germans) was removed from cinemas, because it no longer reflected the party line.  As a result, original Russian photos from this film are particularly scarce. This is the first such photo which this cataloguer has ever seen.