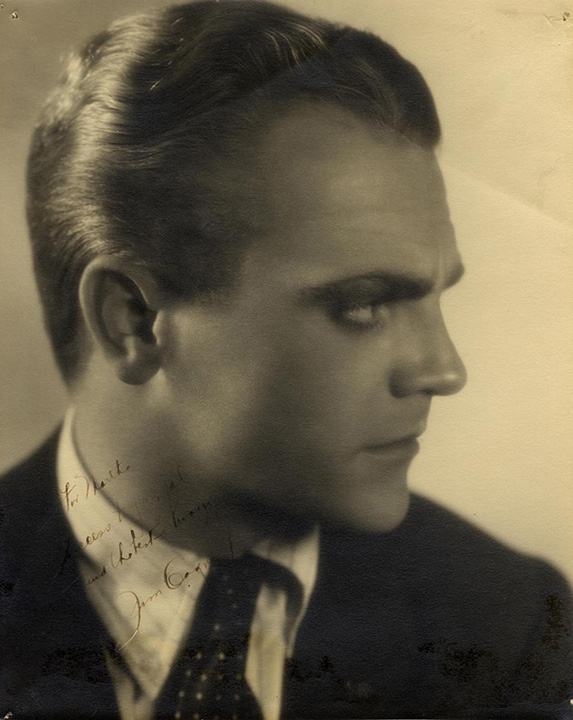 Vintage original 9 ½ x 11 ¾” (24 x 30 cm.) double weight matte print still photo, USA. This is one of the earliest Cagney autographed photos known. It is a superb profile of Cagney very early in his film career. Cagney has written in fountain pen “For Martha, Success to you gal and the best always, Jim Cagney.” Stunning sepia tinted image was done for Warner Brother’s publicity just as he appeared in the films DOORWAY TO HELL, SMART MONEY, BLONDE CRAZY and the classic, THE PUBLIC ENEMY. Known for his electric acting style (which influenced many after him) and his playing of the ultimate “tough guy” parts, he was a very gifted song and dance man and even won his best actor Academy Award for the musical biography YANKEE DOODLE DANDY. He did not often sign pictures, making this a true rarity. There are traces of glue in bottom of image, and fragments of paper mounts on the back. There are two pin holes at the top left corner and on each at the bottom left and top right. None of which detract from the very pleasing appearance of this early Cagney piece. NEAR FINE.